Exploring the analogue past

In the last days I’m exploring an analogue past and thinking about the digital present.

A lot of water passed under the bridge since my last blog post. My father passed away, my sabbatical I took to take care of him is going to end soon and at the moment I’m putting some order in my home getting ready to sell it and move on with my life.

I come from a family were we used to keep everything and for sure a lot of pictures. Opening boxes and drawers I found the photographic archive of the family, the oldest one consisted in a lot of prints, starting from the beginning of 1900, the newest one, mostly created by me consists in CSs, DVDs and hard disks.

Guess what? The oldest archive is accessible without any tools but my eyes and a source of light, the newest one requires a ton of tools and it is still accessible thanks only to the redundancy I applied when I created it, using different media to store my images, but the CDs and DVDs are almost all unreadable now.

Vint Cref, one of the Internet fathers and Google VP, warned us about a future dark age for images because we will lose them.

I agree with him and this present experience just made me realize how much he is right.

How many phone pictures will be available and visible in 70 years from now?

With the pictures we are preserving history and the truth. Yes, some very famous pictures could had been staged or retouched also during the film era, but the common pictures in the family archives were just real.

Two of the pictures I found and think are really demonstrating the importance of pictures to preserve the truth, are of my grand uncle Ottavio. 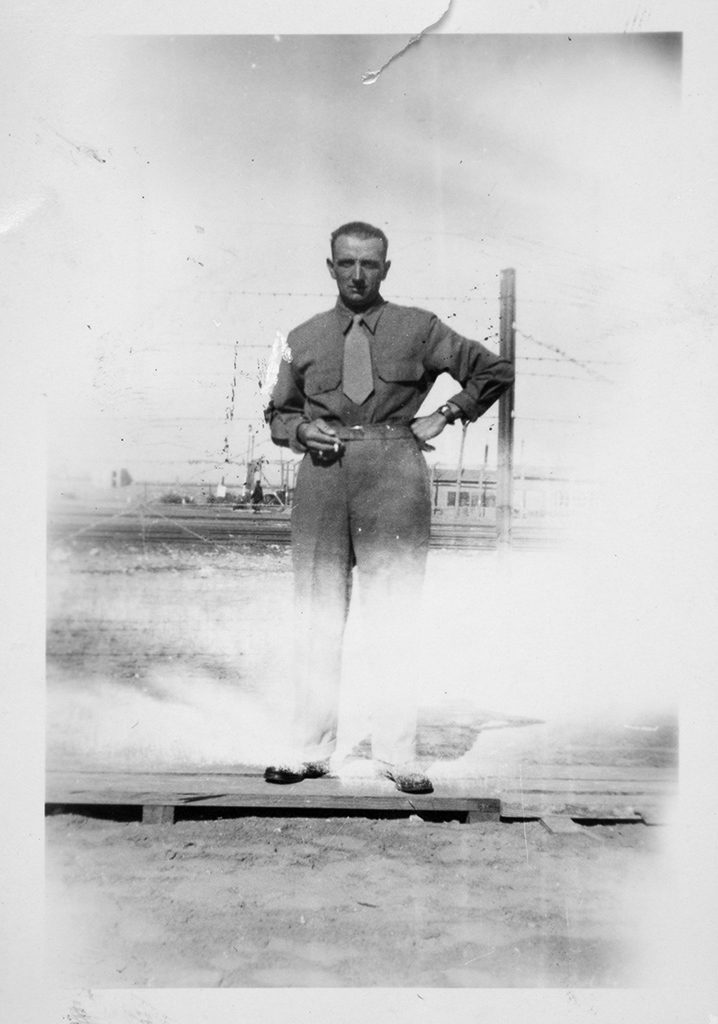 These images were taken in an American prison camp during WWII, exactly the US PWE no. 7096-C-Campo 108, somewhere near Casablanca probably. I’m looking for more information about that specific camp, but I was not able to find them online, so if you have info please contact me.
He was in Sicily with the Italian Army when the Americans arrived to free Italy from the Fascism.

I often hear propaganda comparing the USA to the nazi German, specially lately in the absurd political hate atmosphere.

Here you can see the truth. A man with his dignity and uniform in a picture nobody could imagine was from a prison camp. This was the dignity reserved to prisoners in American camps, I’m pretty sure all of you have in mind pictures from Germany prison and concentration camps and I have no need to explain further the difference. Note also that he was able to take pictures and send them home! 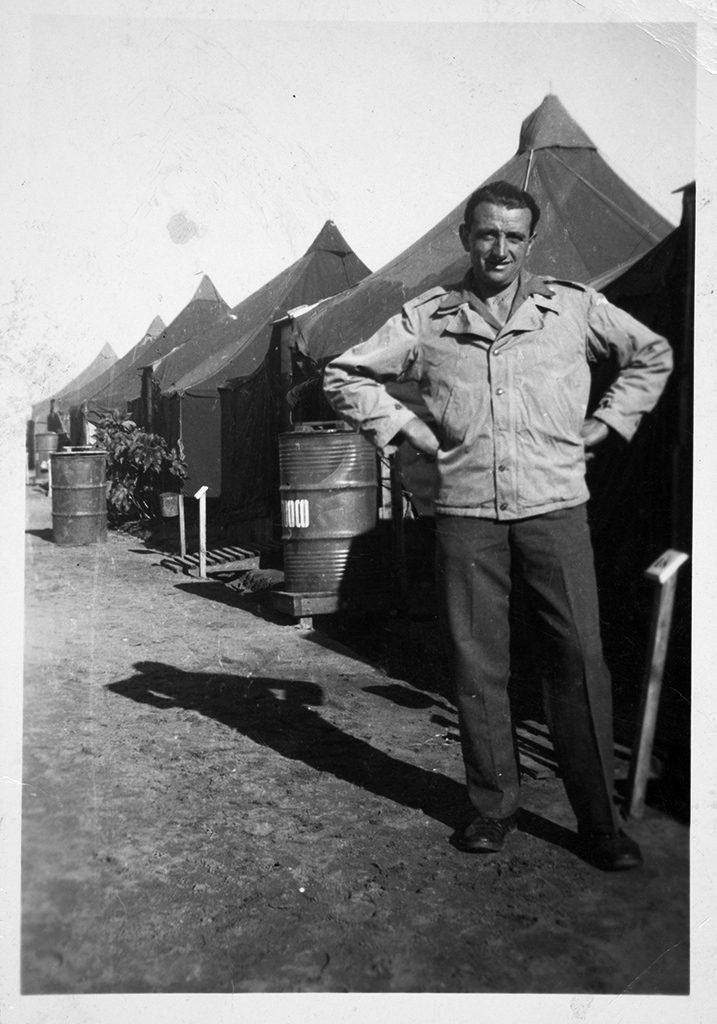 After the prisony experience my grand uncle changed… he got the habit to drink water with ice in it and kept the habit all his life! I still remember him telling about his experience and how he never been so well with plenty of food, the use of a Jeep to move around the camp and a lot of other things he never experienced in Italy before.
He was a blacksmith and mostly a horseshoe maker and his skills were considered and put in use with his great satisfaction.

If someone has access to the USA archives and can find some info about his camp please contact me. Here you can see the stamp on the back of the picture. 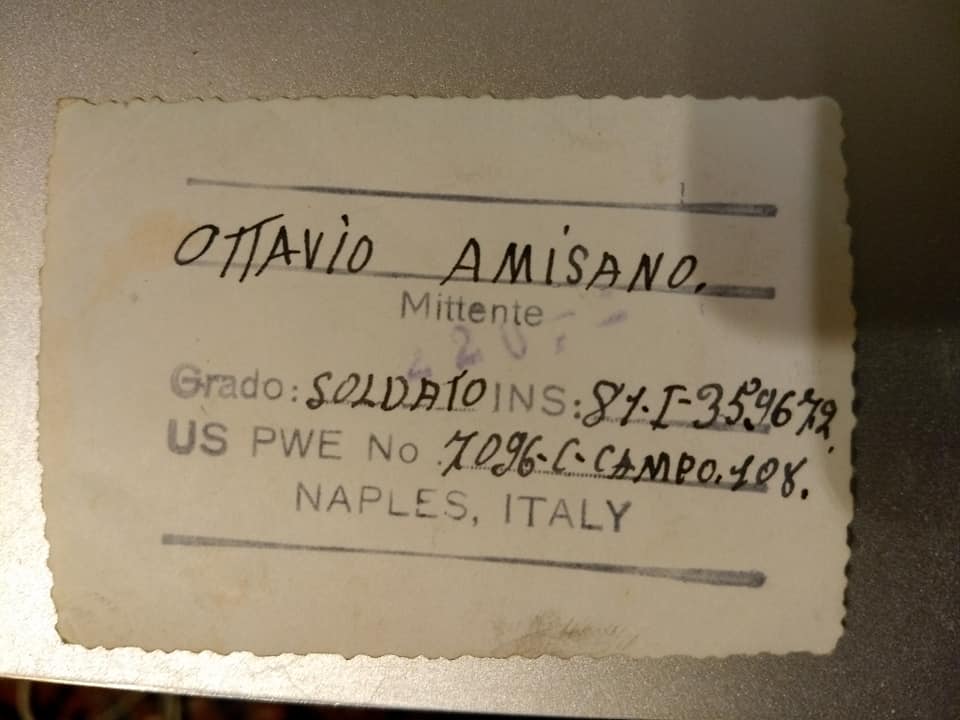 From the past we can learn a lot of things and evaluate the present based on that. Without it the comparison is lost and we will believe any propaganda about the present.

Every single day listening the news, reading posts on social media or simply speaking with people I hear the planet is going worse, illness are spreading, the number of poor people is increasing, etc. etc.
All this trying to convince us we are on the path to destruction and the only hope is to give more power and money to governments.

A drawer full of old pictures can bring us back to the reality and to see how much better we are doing.

In almost every family until the 1050s, there was the loss of a kid. 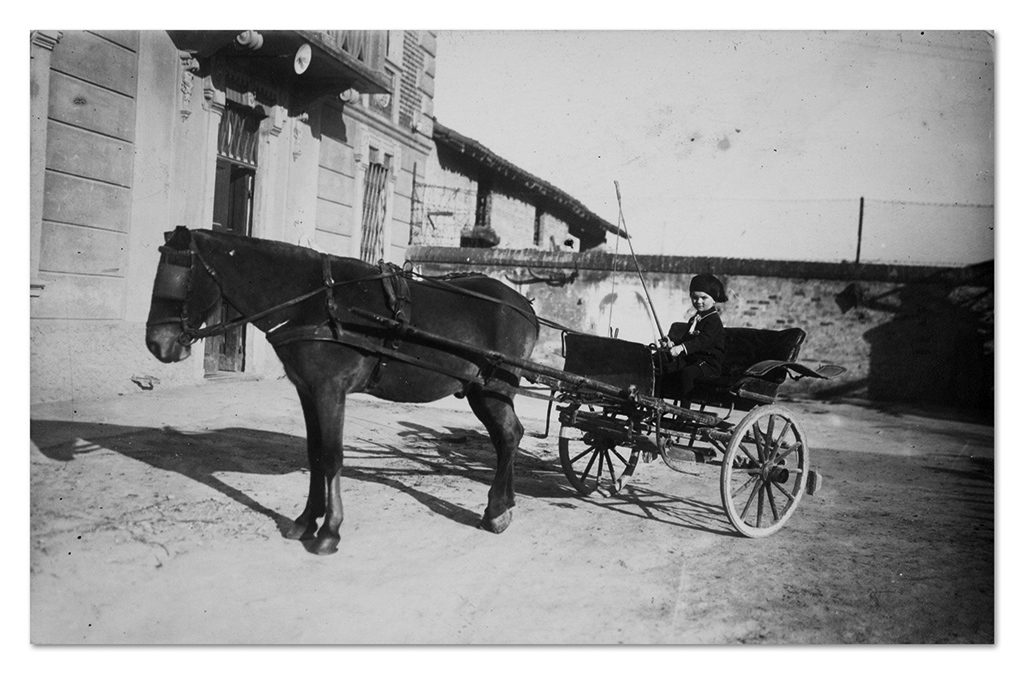 In this picture is my father brother, not my uncle officially since he died a lot of time before I appeared in this world.

He died when he was 8, for a simple infection that transformed in septicemia. He lived in a wealthy family and had access to good doctors, but it was not enough.

My father was lucky to live after the invention of penicillin and enjoy the development of medicine and he made it to 91, even with three cancers in him after he was 80, he had a very good and comfortable life until the last day.

A simple picture like this will destroy all the theories telling the world and the human kind are worse than before. 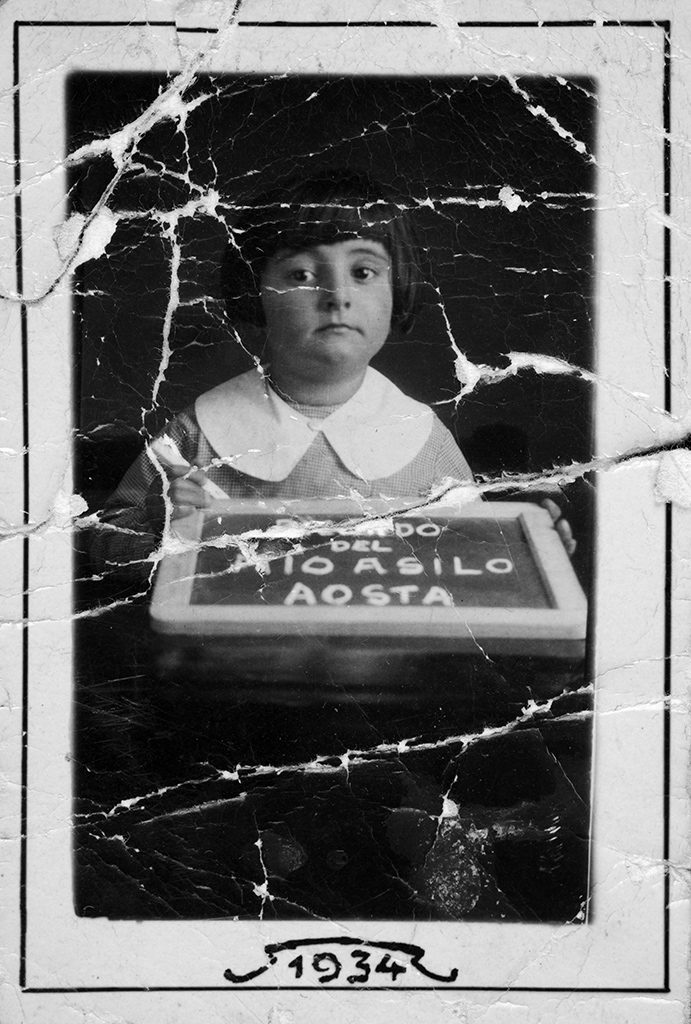 In my mother family there was the same situation. Her sister died not long after this picture was taken and, again, for some simple infection that now days can be simply cured with an antibiotics.

I read posts of a lot of people thinking we cannot be happy with all the things going on in the world, actually we can be very happy because we are alive, a good percent of the population born before the 1950s cannot.

The world is a better place and I do not have to wake up in the morning and break the ice to wash my face. I have current water and heating, something that my mother did not had for a while. We simply not only live longer but we also live better, this is a fact we can understand from a picture, no matter how much BS propaganda we hear.

From the pictures we can also discover that in the relatively close past, when there was much less government control, a lot of great achievements were possible. 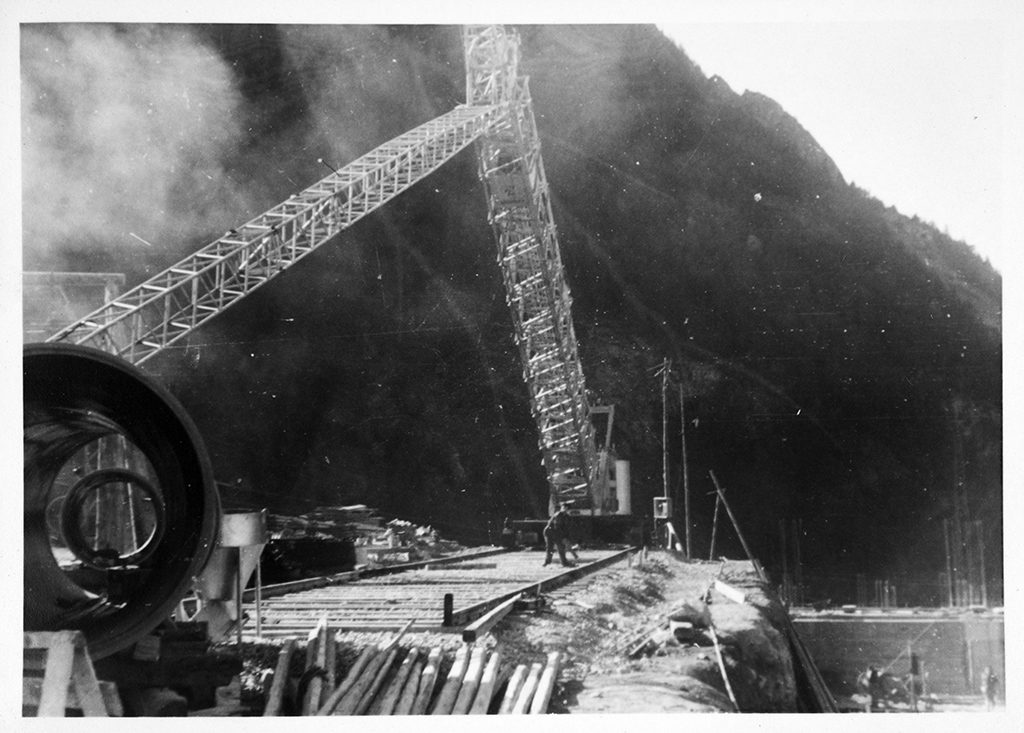 When my father got his engineering degree, he worked for few years as teacher and then found a job with a managerial position for the construction of the Place Moulin Dam and the Valpelline power plant.

I did not found only pictures but also a lot of documents.

In Italy the electrical company was nationalized in the 1970s and the new generations cannot even imagine that some huge infrastructures can be built by private enterprises. 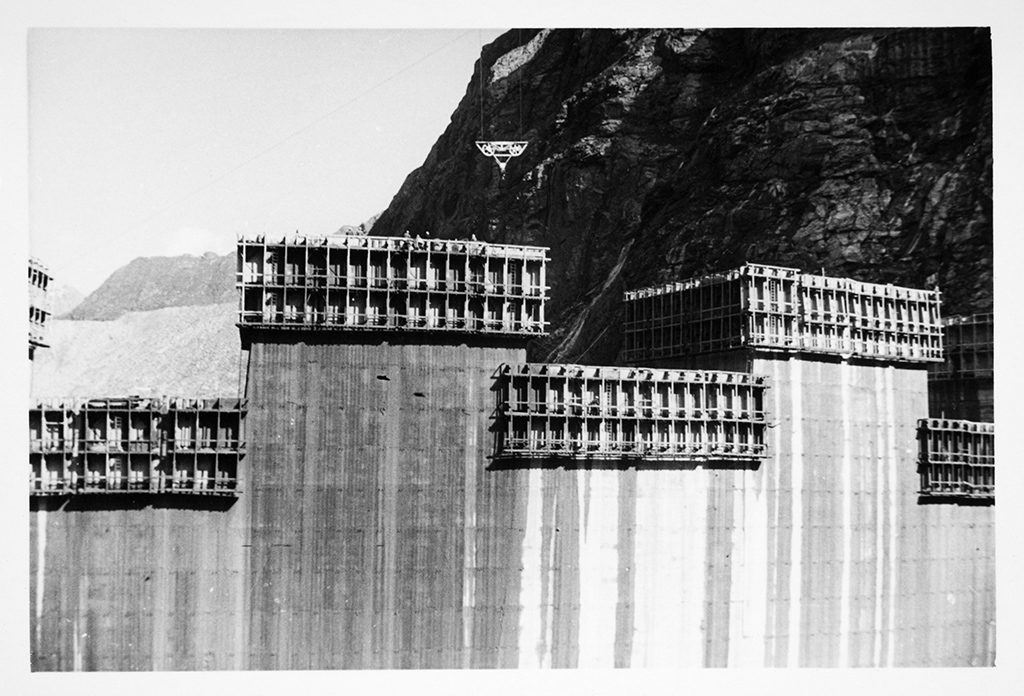 In the 1950s the C.E.B. a consortium of private companies, the main one the Cogne Special Iron, started the project to create one of the biggest hydraulic power plants in Italy. Still is very important since is one of the two power plant used in case of emergency to restart the electrical grid and the other power plants on the national territory.
Without the state involved the private consortium was able to acquire the land, create a cable cart for the concrete from the Aosta train station to Valpelline, manage all the relation with the local population, included the people that had to transfer because the dam put village underwater etc. etc. 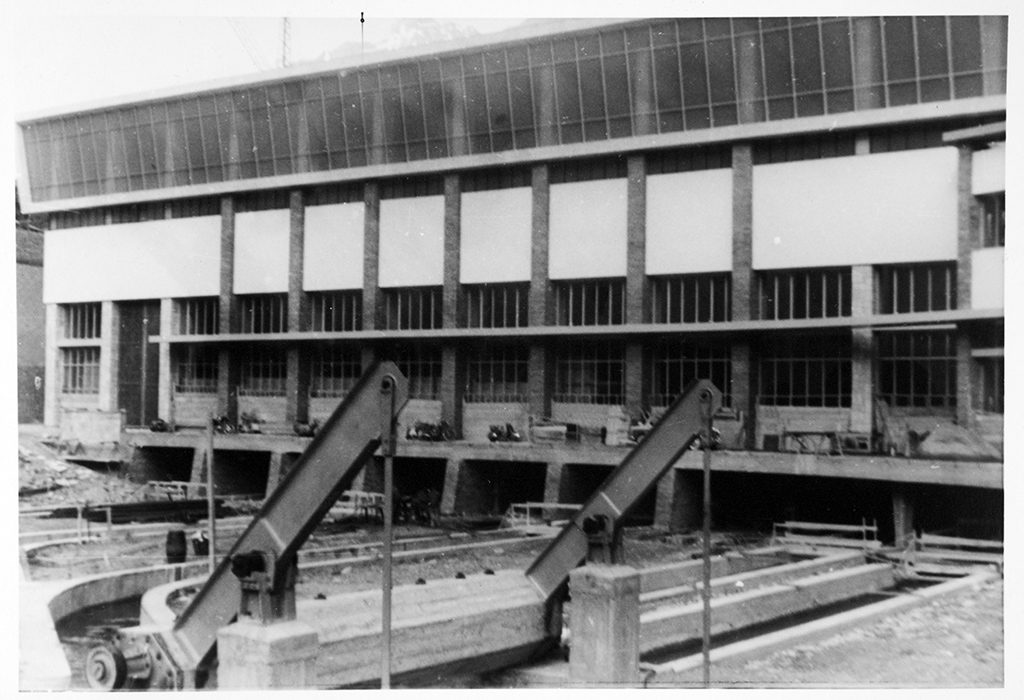 If you look at the past you can see that the greatest infrastructures, like the American Railroads, and factories, were created by the idea of some private individual and supported by the companies interested in the project. Rarely by governments.

This is something you can learn from family pictures, printed and visible, found in a box.

There are many other things I learned and most of them are part of my private life and not to share on a blog… but the question is: how many digital pictures, if not printed, will be available for the future generations?

As a last note, I also can see how Venice was much more beautiful with less tourists and most of all, elegantly dresses and not with shorts and flip-flops!! 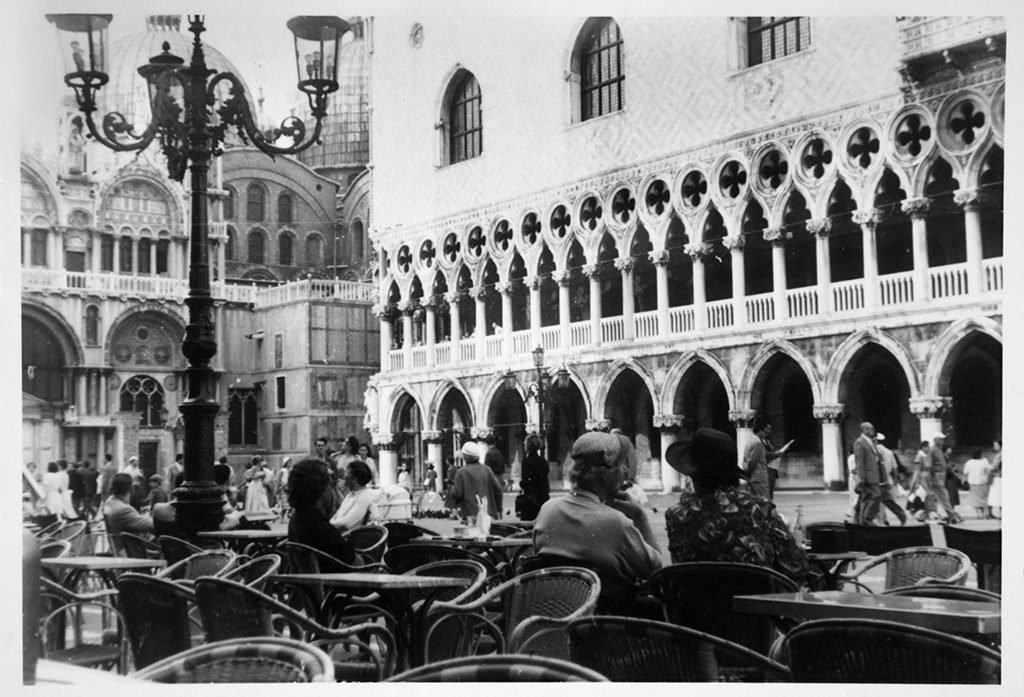