Is Black and white better with digital or film? I compared the Fuji Acros film simulation on my XPro-2 with an Ilford FP4 film on my Pentax 67.

I took some pictures on the snow in a sunny day. The dynamic range a the quality of the tones were great and I started to have the feeling that film can be better than digital sometime.

I decided to do a simple non scientific comparison and take the same pictures with the XPro-2, in RAW and jpg with the Acros simulation, and with the Pentax 67 with a roll of Ilford FP4.

I measured the exposure with my beloved Minolta Spotmeter F set to the FP4 125 ISO, I then corrected 2/3 of a stop the shutter speed on the Fuji to compensate the 200 ISO base sensibility and used the same aperture.

The negative had been scanned with an Imacon 848 at maximum resolution (~6000x9000px) and downsized in Photoshop to the 4000×6000 pixels of the Fuji XPro-2. But you cannot see the full resolution here… I will figure out how to bypass the WordPress size limit, for now I will give the full size on request.

The only thing I did to the scan was to set the levels to have a complete histogram from pure black to pure white, no curves and no other corrections. In Photoshop I just checked the levels and cleaned some dust. Nothing more than what I always did in the darkroom choosing the exposure and paper contrast and using a little brush.

The point of the test for me was to see the differences with as less post-production as possible, both for the film and for the digital files.

Yes, I noticed, I have to clean the lens and CCD on the Imacon because two darker horizontal lines are visible in the sky… I’ll do it!!! 😉

I know what someone will say so here some disclaimers:

For the blog I had to resize the images at 2500px maximum size that you can see clicking on the image. If you want to see the original size files, drop me an email from the contact page and I will give you a Dropbox link. 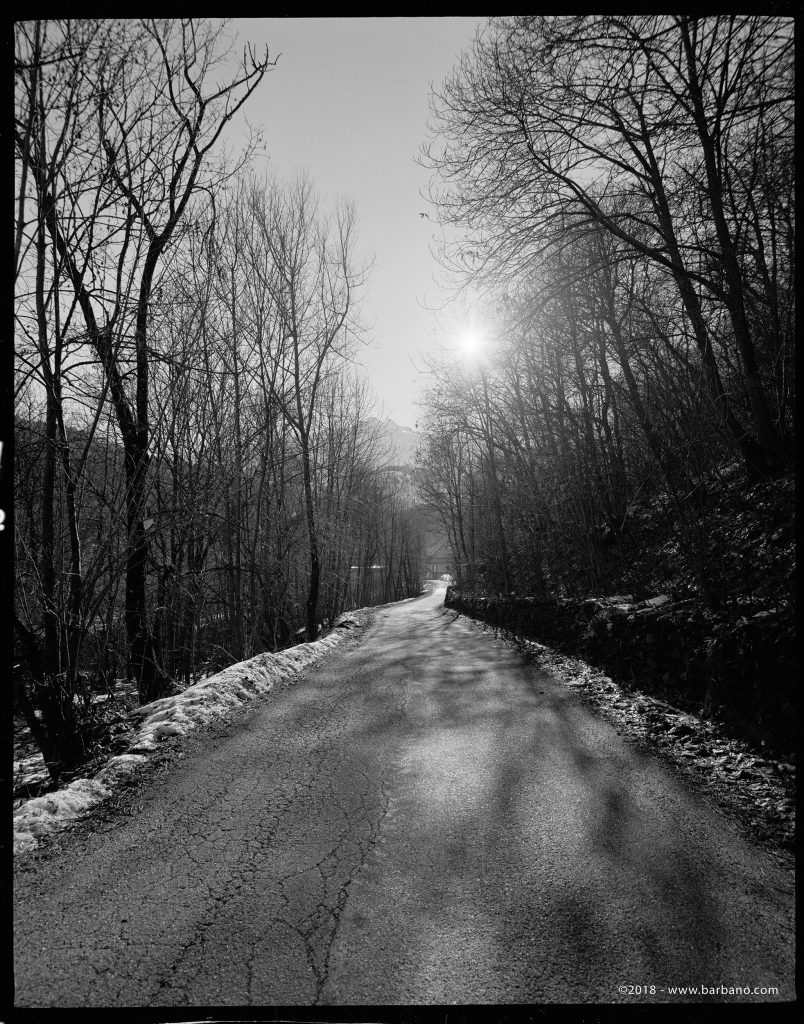 For the first image I choose a very contrasted subject with the sun behind some tree branches. This is a subject that really stresses digital and, in fact film is quite superior. 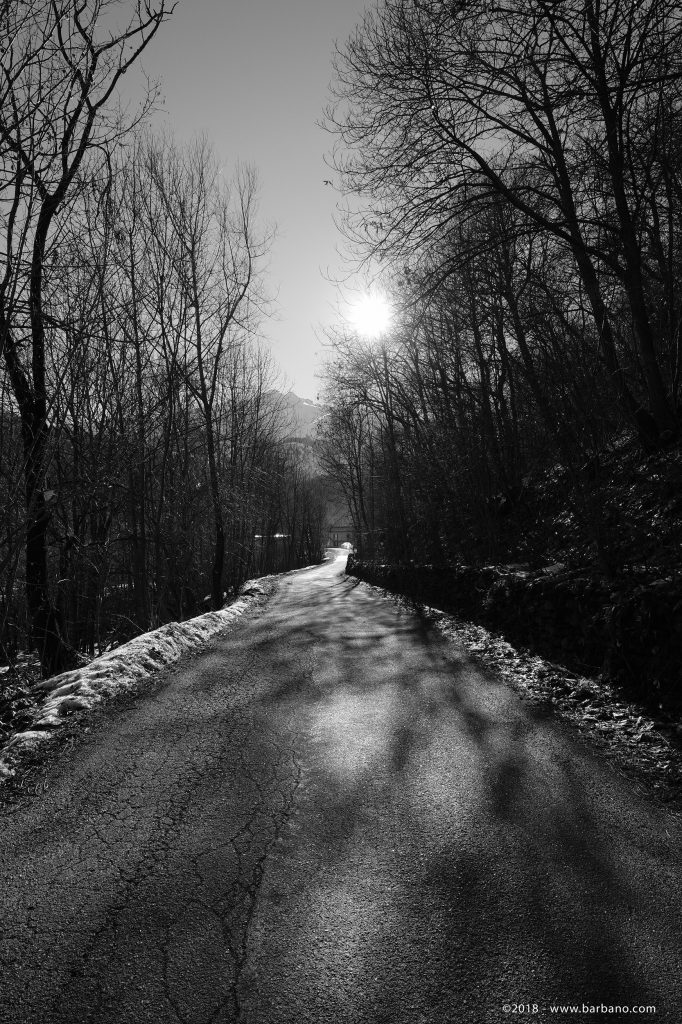 The digital version is the jpg straight out of the camera. What is impressive is to see the 100% detail of the sun. 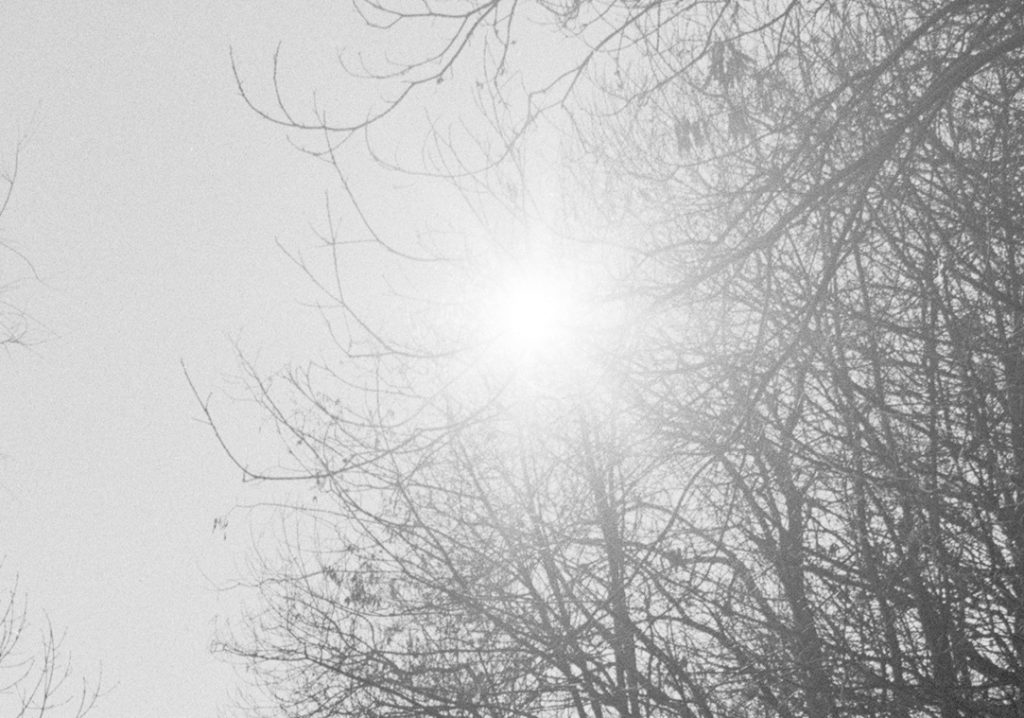 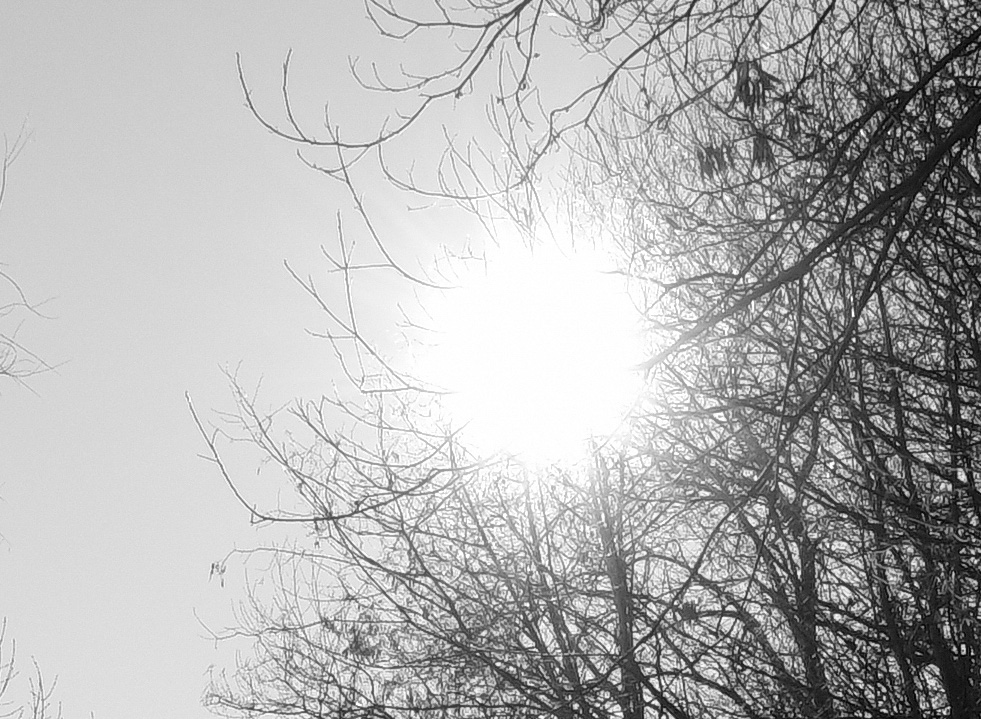 The tree branches are sure sharper in digital and there is less flare in the lens… but the sun is completely blown out and burns all the details in its area.

I consider this 1-0 Film vs Digital.

Something to notice is the difference in exposure. The XPro-2 always produces darker images than the film. I tested the camera meter with the Minolta Spotmeter and they measure the same, so I think in reality the sensor has a sensibility lower than declared. Since the limit of digital is in the highlights that makes sense, better to slightly underexpose than risk to overexpose the highlights.

I decided to take also a test for a less extreme light situation but with some great details to test the resolution. I took a pictre of the monument to the war victims of the Italian town of Boves. Yes… it is a very ugly monument I know… it was already horrible before they inserted that ugly vases you can see in all italian cities (probably produced by a politician with some power in perfect italian style 😉 ) but there was contrast and visible details and was easier than kidnap a person and force him/her to keep a visible newspaper! 😀 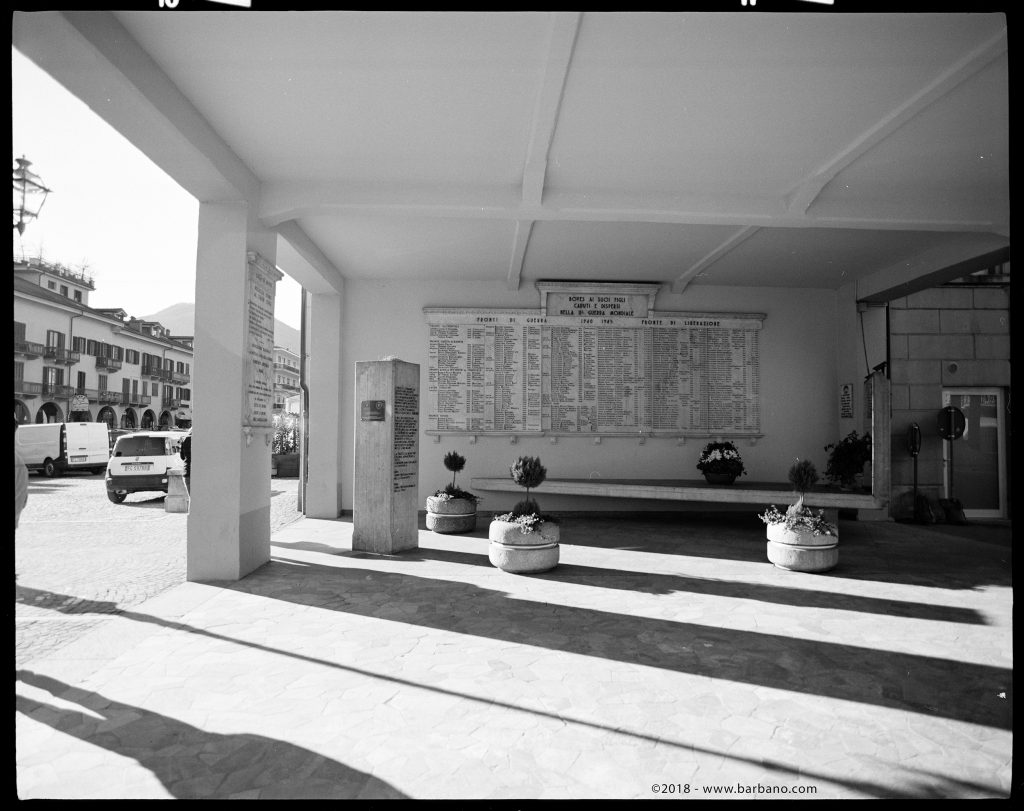 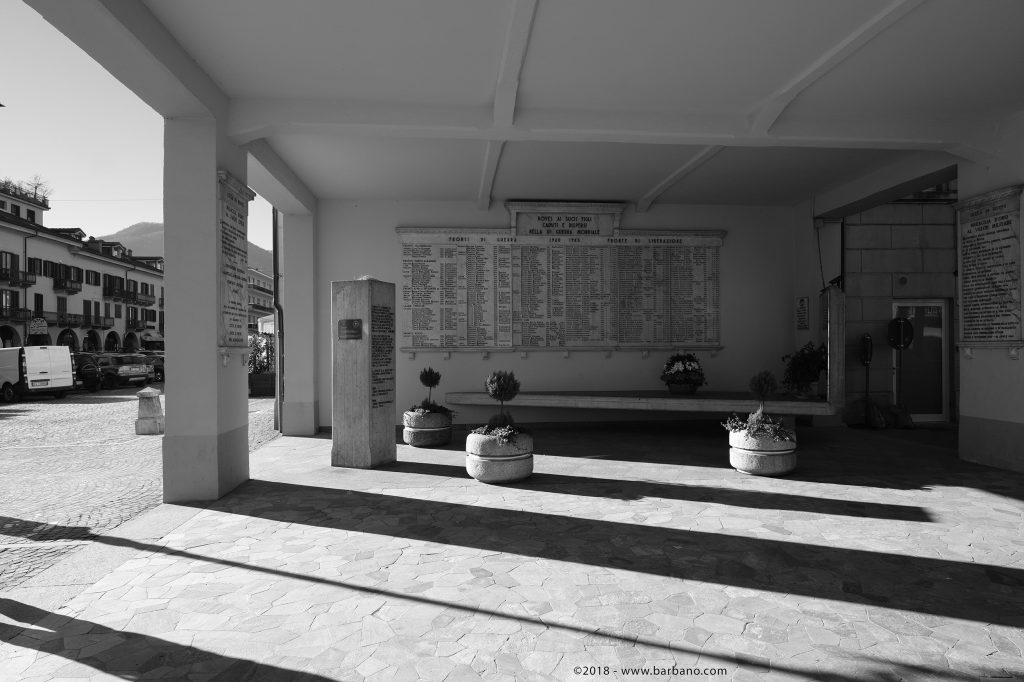 Again the digital is darker than the film, but here is interesting to take a look at the details… 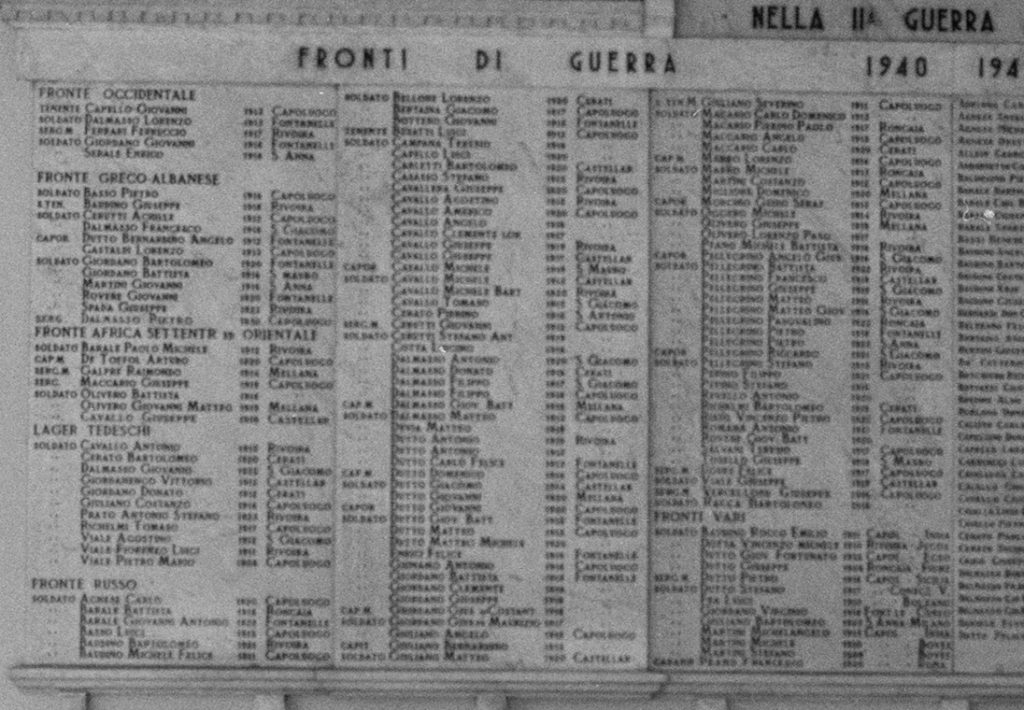 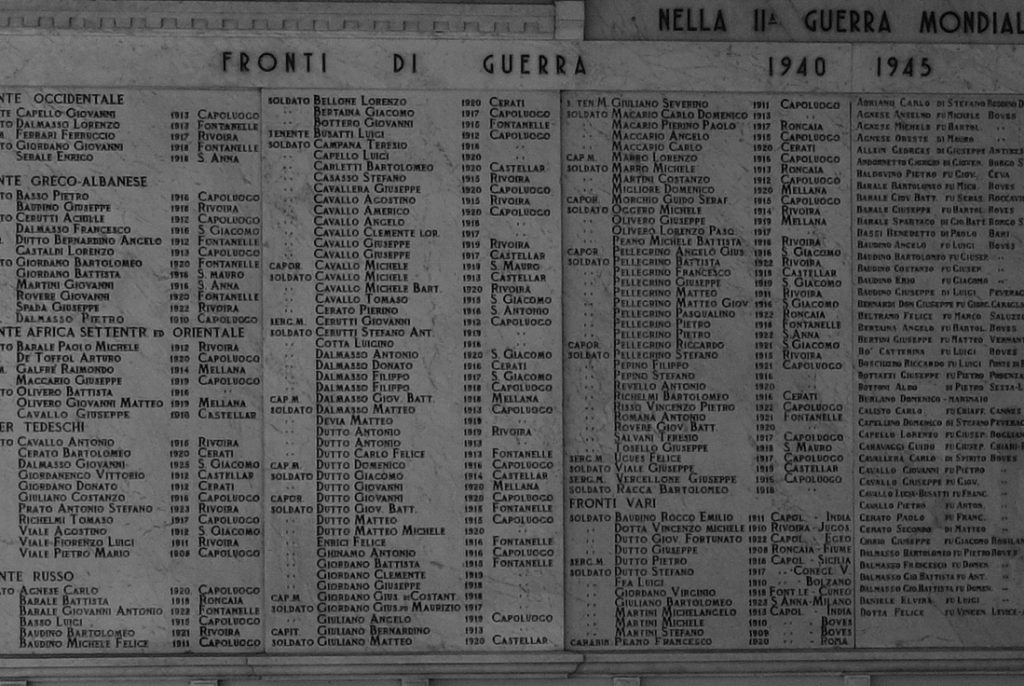 The difference is impressive and totally in favor of digital. I did not used a tripod but I’m pretty sure I was stable in both situations and the image is on focus in both situations. On the film, also at the maximum resolution is almost impossible to read the names.

But I did some other test…

This is a picture of the PhoenixPhotoProject box. Very simple, on the balcony with direct sunlight. 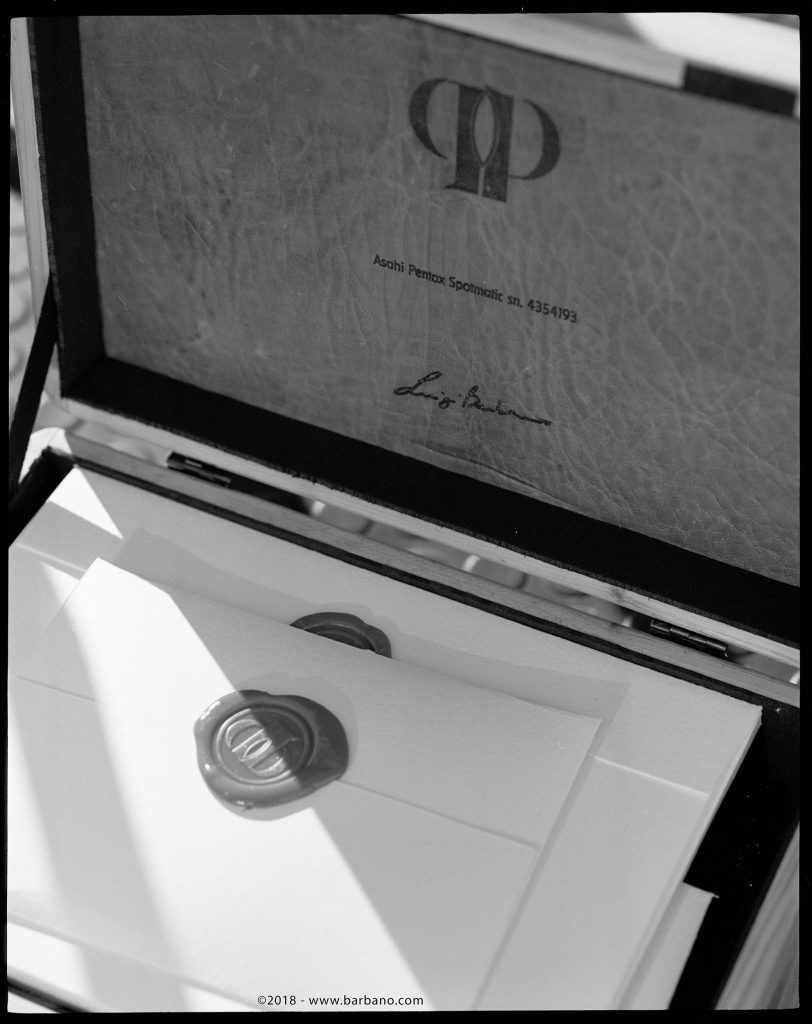 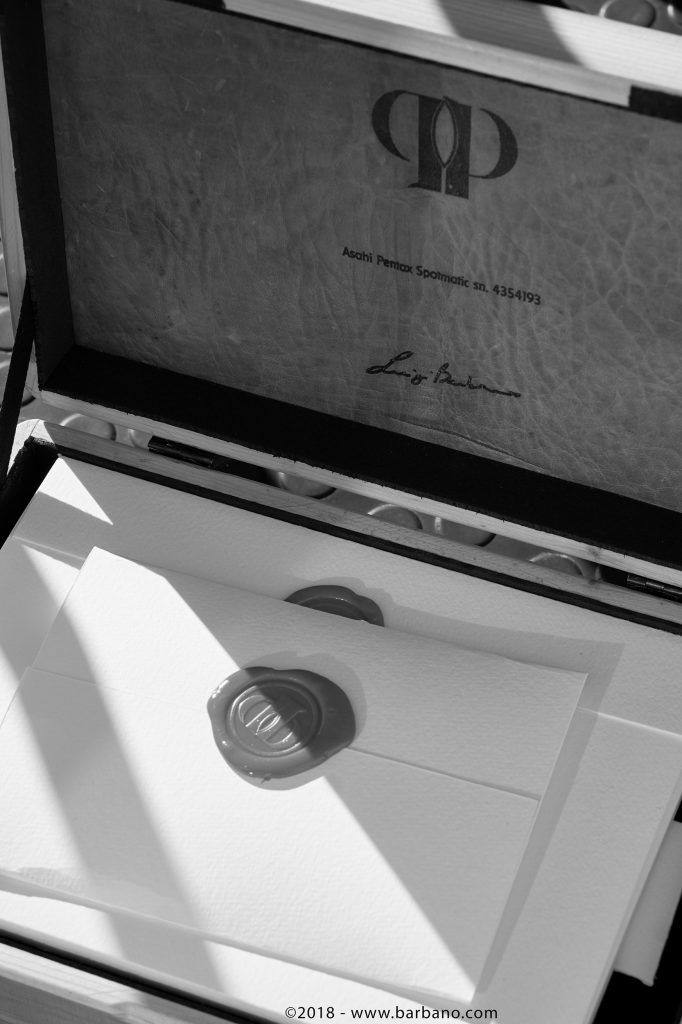 No much difference here, there is not an evident winner. The level of details is the same and the contrast difference is something that can depends simply on the levels.
As usual the digital is darker, and in this case I worked on the RAW file to make it more similar to the film.

Now the most impressive difference. The images are so different that I though I did something wrong, but checking my notes I did all right, simply I think the effect of the flare in the Pentax is what changes all. 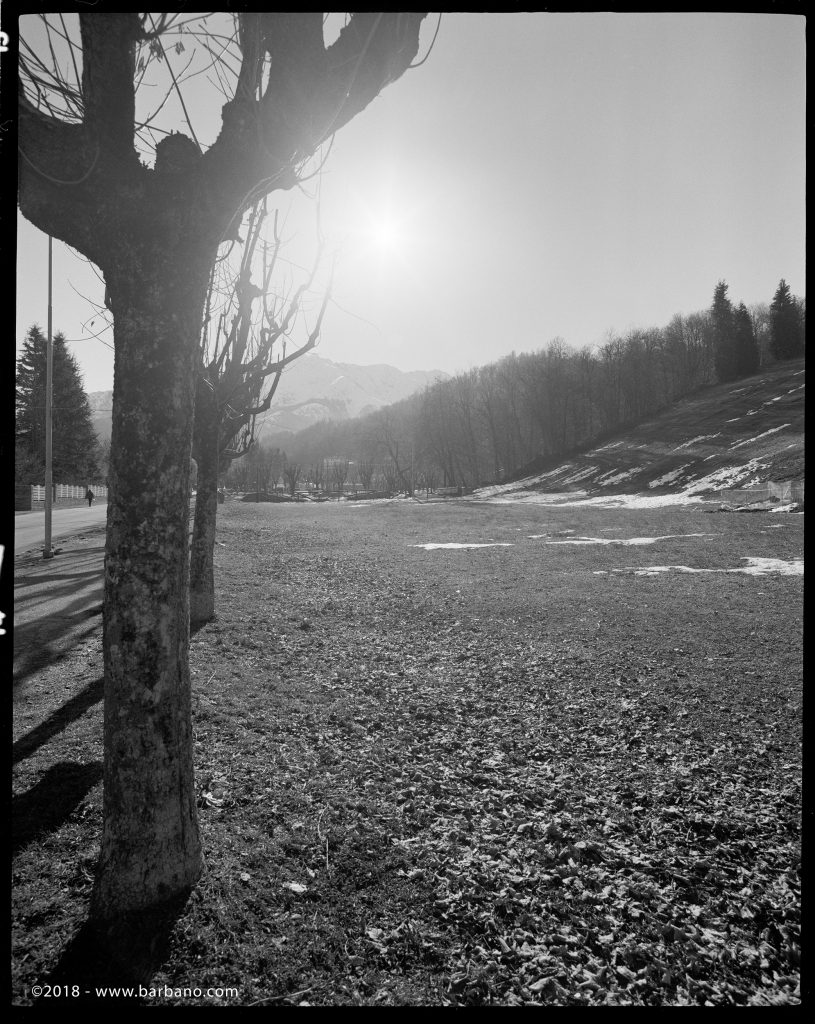 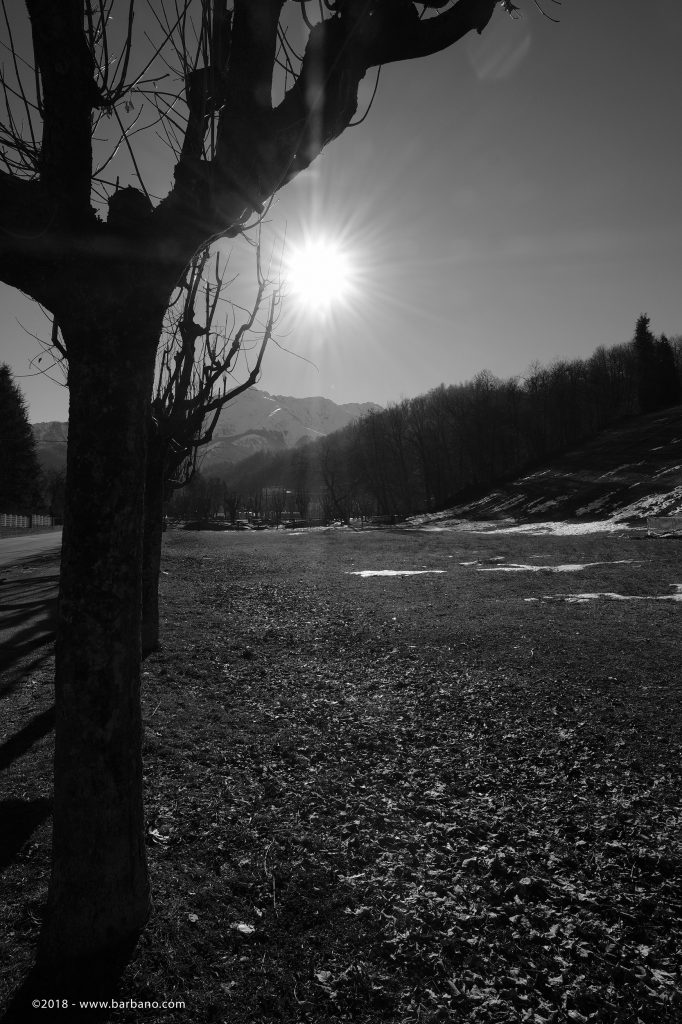 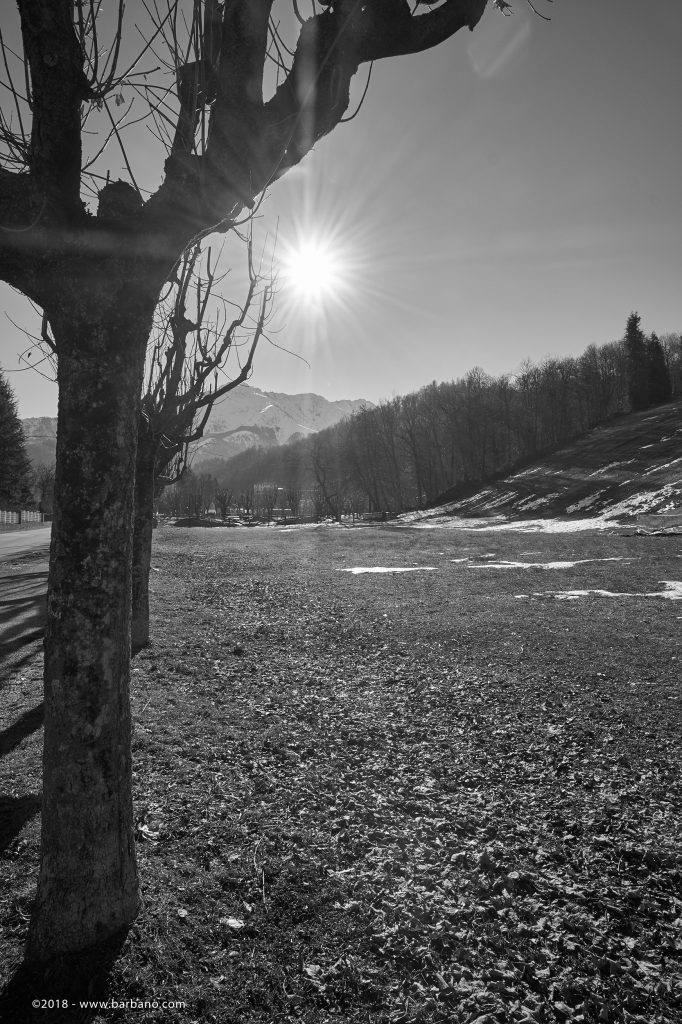 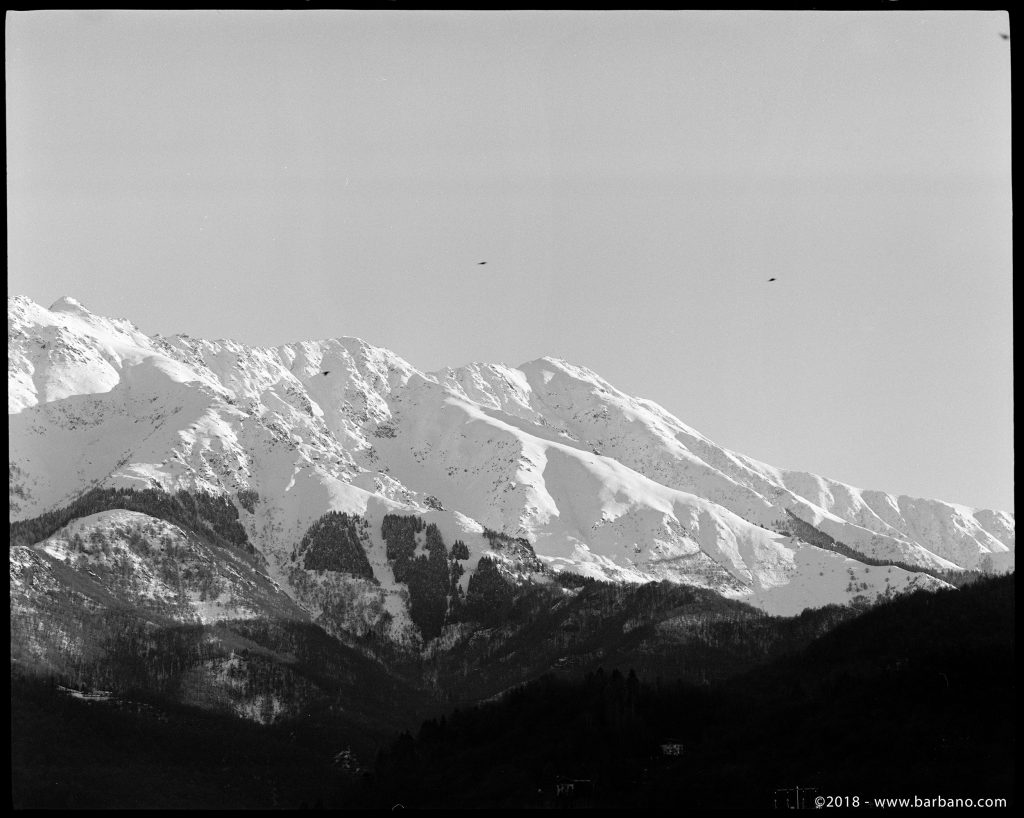 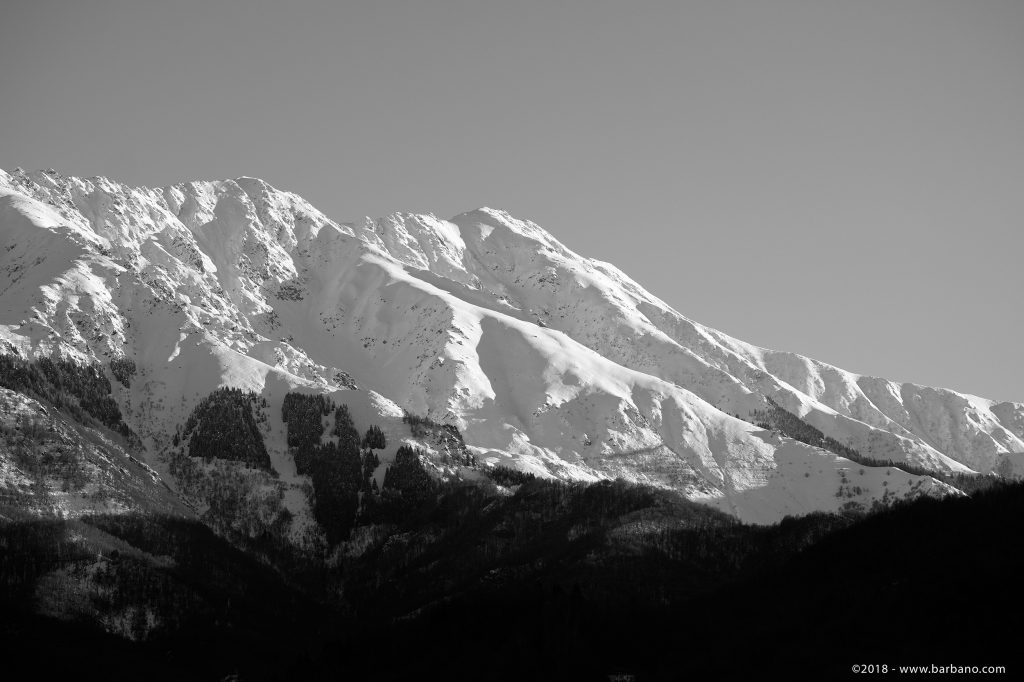 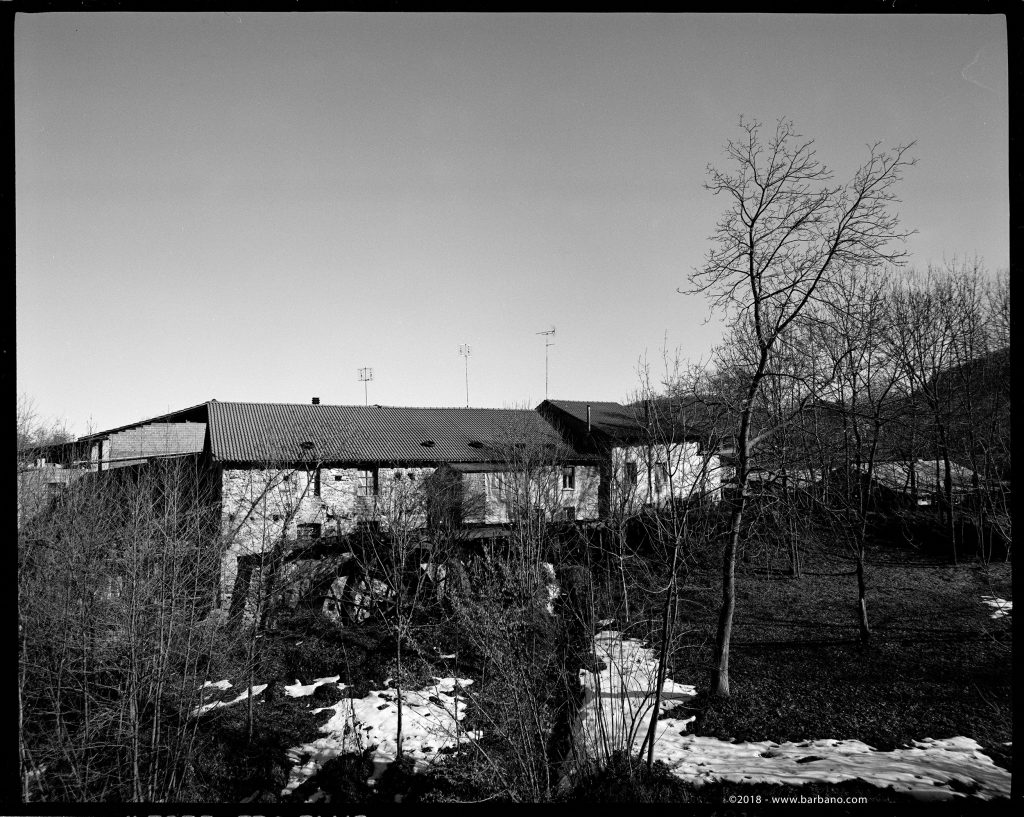 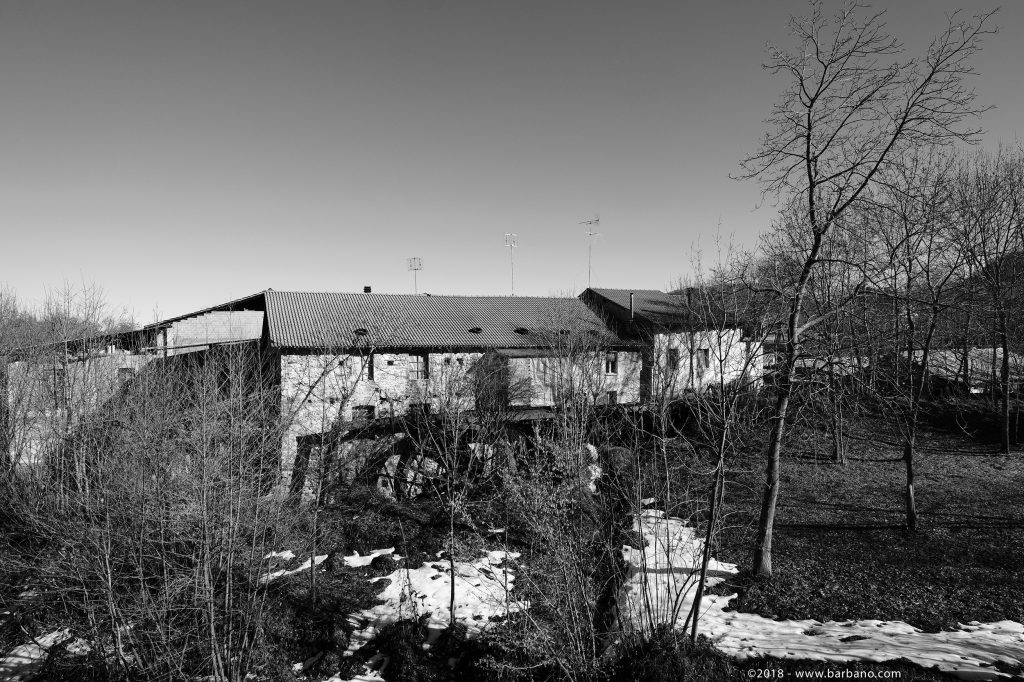 The Ilford FP4 was developed in Ilfotec HC 1+32 for 8 minutes as indicated for the FP4 exposed at the nominal 125 ISO.

Personally I like the more natural tones of the film and how well the highlights are managed but I also like the precision and sharpness of the Fuji XPro-2.

I’m writing the post while I’m listening at a Dexter Gordon vinyl, a special edition by Blue Note and I think I will never have the same feeling with a CD. I do not even consider mp3! But I also like the precision of the CDs, the separation of the instruments and the very crisp sounds.

In photography is the same, the round warmth of analogue versus the crisp precision of digital.

I like them both and since I left Canon to Fuji I really enjoy digital. Fujifilm managed to give natural colors and tonalities to digital and minimize the downside of the technology.

What I like most of analogue photography is the slow pace involved in it. I like to use an external meter to evaluate the scene without looking in the viewfinder but pre-visualizing the image in my mind. I like the short time while I advance the film and the feeling under my fingers. I like to have to deal with no menus and no other things than aperture and shutter speed. I like the resistance of the manual focus lenses compared to the gummy feeling of  the focus on autofocus lenses (Fuji did a good job, better than Canon on this also… but still is not a mechanical medium format lens) and I like the heavy camera in my hands and the clack of the shutter and mirror.

With digital I get in digital mood, I shot too much and my eyes are always in the viewfinder (I love the OVF and if you want to know why check this article). I try to force myself to slow down but at the end I take always too many pictures.

It is the same with music, I like the big vinyl cover, the  time to take the disc out of it, clean it with the carbon fiber brush, put the stylus, wait for the click when it finds the groove and finally listen to the music in silence. My mind become focused 100% on the music.

Yes, I listen to mp3 on the computer while I work, but I’m not focused on the music, I just avoid the silence.

To conclude, I love my Fuji XPro-2 and I love film photography, I’m simply not a monogamous photographer!