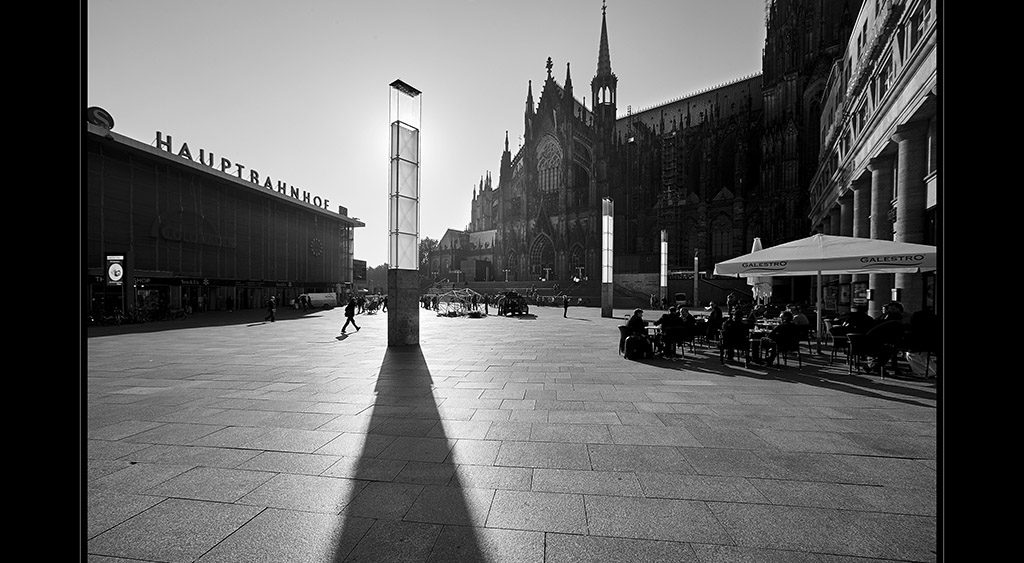 I was reading on  Swissinfo.ch, the article The breathtaking photos that showed Switzerland to the world by Marguerite Meyer (Writer), Ester Unterfinger (Photo editor)

I was impressed by this picture: 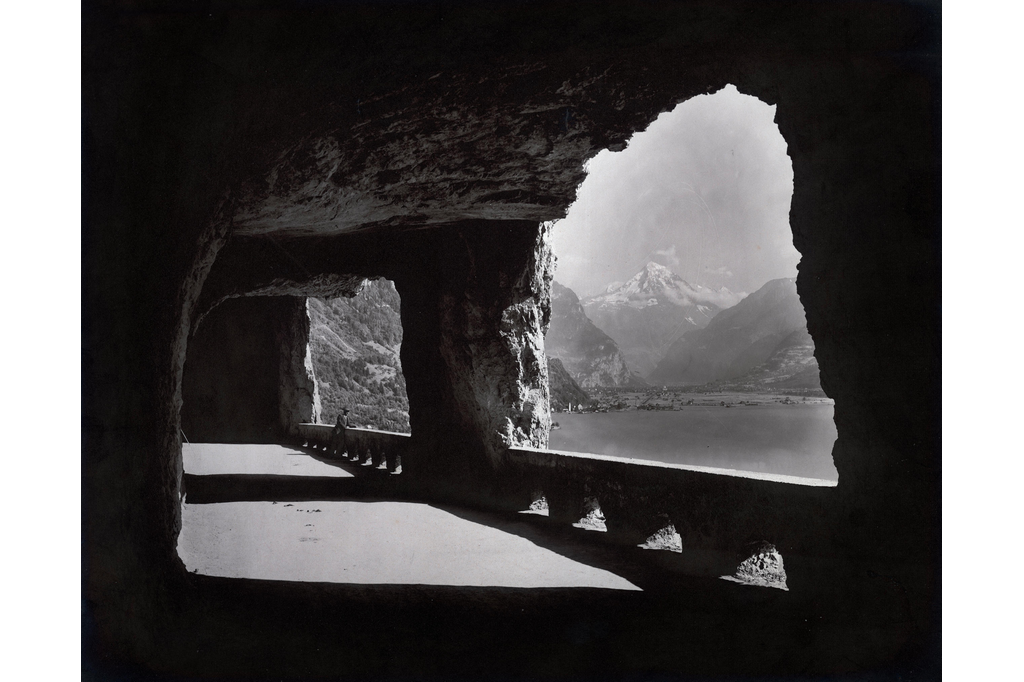 The picture in itself is just a good documentary photograph but what I noticed is the dynamic range (or latitude of exposure as we called it before we were trendy…).

Some burning was made in the darkroom and the effect is visible, but all the details were in the original plate.

This was for sure a large format plate made before the industrialization by Kodak, so there was no need to save on the quantity of silver in the emulsion.

You can see the same latitude of exposure in almost all the old professional pictures well exposed and developed. If you are in Italy there are some good places to watch the impressive quality and dynamic range of old films the Alinari Archive is one of the best and has a lot of publications.

The rule in film was to expose for the shadows and develop for the lights, exactly the opposite of what we do with digital cameras.

The response curve of the film had a very wide shoulder where the highlights, ~3 stops more than the medium gray, were compressed but still available to bring them out with some burning in the print. 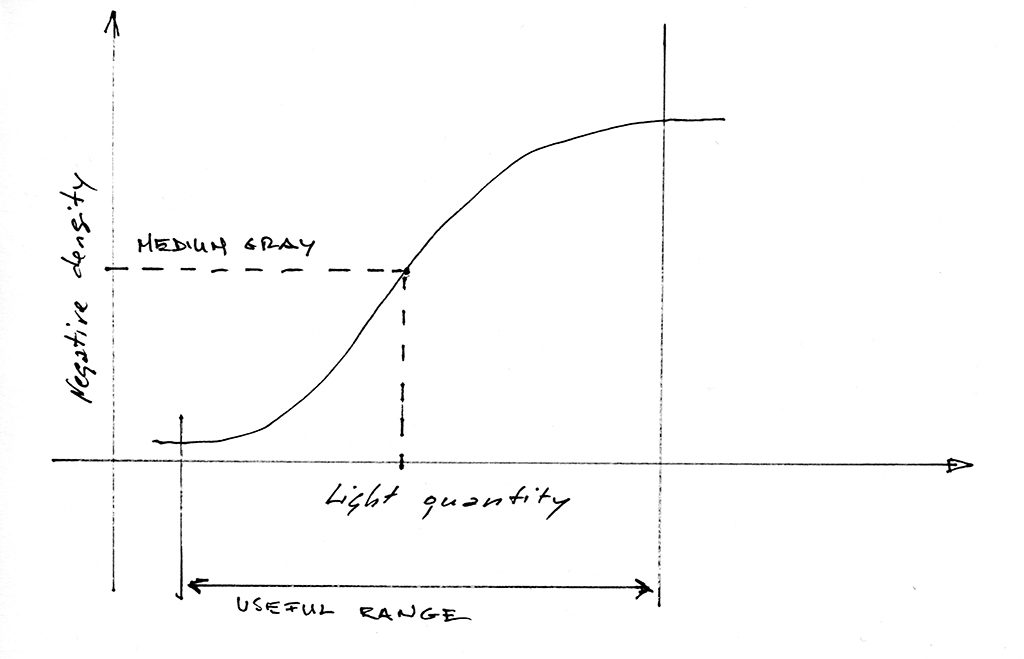 As we can see in the photograph of the example, where there is a very bright sun lighting the scene and the mountains, sometime the dynamic range was more than we can have now with the most modern digital cameras.

In digital cameras the curve is linear, it means that we have correct exposure with the right separation until we reach the point of saturation where everything is cut out. There is some good area to play with the shadows and bring out the dark areas.

But the point is that looking at this picture I do not need more. Let me explain, 99% of photographers now days, in a similar situation, will do an HDR to bring out all the details of the gallery, almost if it was illuminated, but I do not need the details. There are enough details in the picture to show that the gallery was dig in nude rock without any concrete refinement.
The sense of black darkness is exactly what we feel entering a gallery with opening that let the sun illuminate part of it and create a strong contrast.

The widest area of the image is pretty black, falling in what Ansel Adams defined as Zone 0 and I, and that is perfect for that picture.
With digital and HDR we tend to flatten everything and limit the darks and highlights to a small or no part of the picture.

Some years ago I took the pictures you can see below, I suppose with a Canon 1DS mkIII. I particularly like this picture and I submitted it to some contests, every time I heard complains for lack of details in the shadows… but is exactly how I like the image, the sun was strong, my eyes were adapting at the sun and I did not perceived every detail in the shadows but just enough to feel it.  I made a version with all perfectly visible HDR style… I simply did not liked it because was not the feeling of that morning. 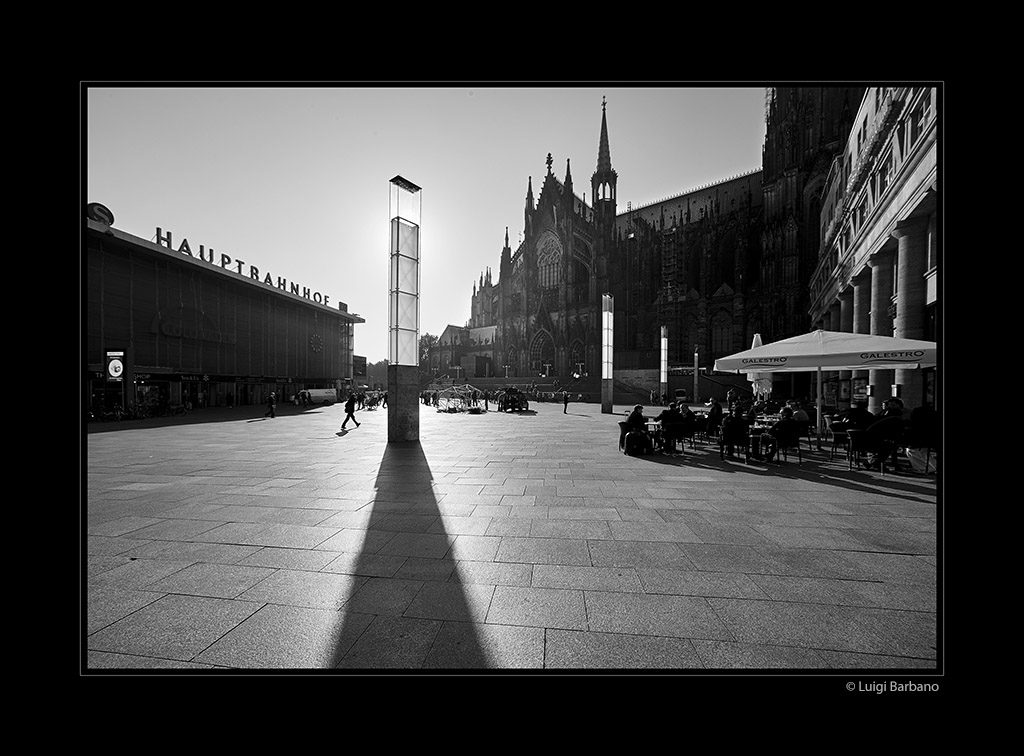 The fun part of this details everywhere mania is that while most modern pictures are judged positively by the absence of Zones 0 and I, people is going crazy for film B&W simulation in their cameras!

Fujifilm has developed the film simulation modes in its cameras. People love the ACROS, a simulation of the B&W film made by Fuji. I have to admit is a great setting to use. I see why a lot of photographers are in love for it and I think the reason is very simple: the file will be a jpg with limited option for manipulating and the curve used to create it is more similar to film than the linear curve of a digital sensor. If you use the ACROS simulation you will have all the zones, included the 0 and I.
With RAW we are always tempted to bring out a lot of details also when we do not need them.

I see contests where the winners use so much Photoshop to make the image surreal and then I listens to the stupor of people watching photographs made more than hundred years ago and I see the success of film simulation modes.

One of the greatest revolution made by Fuji with the X series was to bring us back to the basics of photography. Fuji did it with a camera design that let us use in an easy way aperture, shutter speed, ISO and nothing else, and they did it again with the film simulation modes in the camera.

Don’t get me wrong, I love HDR and all the possibilities of digital cameras, but sometime I think we have to look back at pictures taken more than hundred years ago and rediscover photography forgetting all the extra tools we now have available. A great way to do that is to put the ACROS mode on your Fuji X and have fun with that.