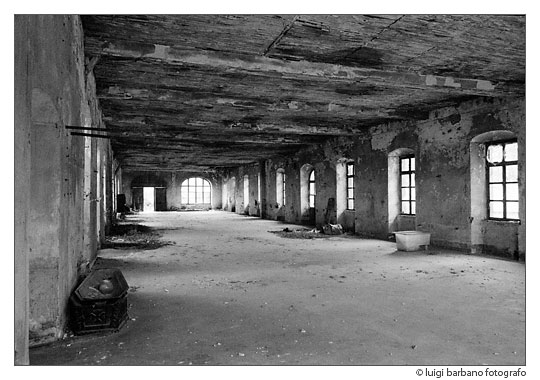 You camera is not a free pass to every place!

I read on PetaPixel an article by Roman Robroek, an “urbex” photogrpapher… if you wander what this means is a  short for “urban exploration” basically taking pictures of abandoned buildings.

He is from Nederland and when he traveled to Austria he entered an abandoned hotel and, few months later, received ~$2800 fine to pay for trespassing. Obviously he consider the fine too much etc. Read the article for the details.

Now, I’m sorry for all you photographers but your camera is not a freaking pass that allows you to violate the private property. If you think so you are doing a lot of damages to the profession and reputation of serious photographers.
Also if you have a camera, you still need to use proper manners and simply ask permission, to avoid fines, jail or bullets. It is that simple.

As soon as I started to take photography seriously I did an assignment that can be called “urbex”, I always referred to the specific genre as industrial archaeology, less fancy and trendy but a little bit more clear.
The subject was an old building where silk was produced, some friends of mine studying architecture were doing a project and I was asked to photograph the place. Guess what? We asked permission, had the door opened and we did not even had to enter using a window! Incredible!

In the years I did many projects related to old abandoned buildings, mostly industries since that is my passion. Every time I asked permission to the owners, and if I did not found a responsible for the building, I simply did not took the pictures.
I’m a photographer, I even know how to take pictures exposing correctly to not be disappointed for the “really blown out highlights”, but this does not give me any right to trespass.
I also have an important truth for you fellow photographers: The world don’t give a damn if you miss a picture! You are not an emergency doctor that can be excused to trespass to save a life. Your can be the best picture in the world but still is not an excuse to violate the law and, most of all, to be ill-manned.

But there are other important points.

First of all, what is the meaning to enter an abandoned building without having someone responsible who will tell you the story of the place, explain how it got abandoned, tell you the stories of the people who lived it everyday and left their presence in some way?
If you are a photographer who want to express something with the images, you need to know what you are photographing, know the details, know the human efforts that made the place. Just to photograph the decadence is empty.

Second, every time you lack of respect for a property or for a person (street photographers… do you hear me?) because you take images without permission, you are doing damages to the category of photographers. You are no different from the people occupying a building because they want, no different from a thief entering to steal whatever has some value.

Third, the owner still pays taxes also on an abandoned building and he is still responsible for your health inside the building. The decent thing you can do is to sign a release so the owner will not risk the jail if you do something stupid and hurt yourself.

Fourth, obtain permission is easy if you are kind and polite and send some prints to the owner… we are in the Internet era, but usually just ask info in the bar in front of the place you need to photograph, you will find answers. 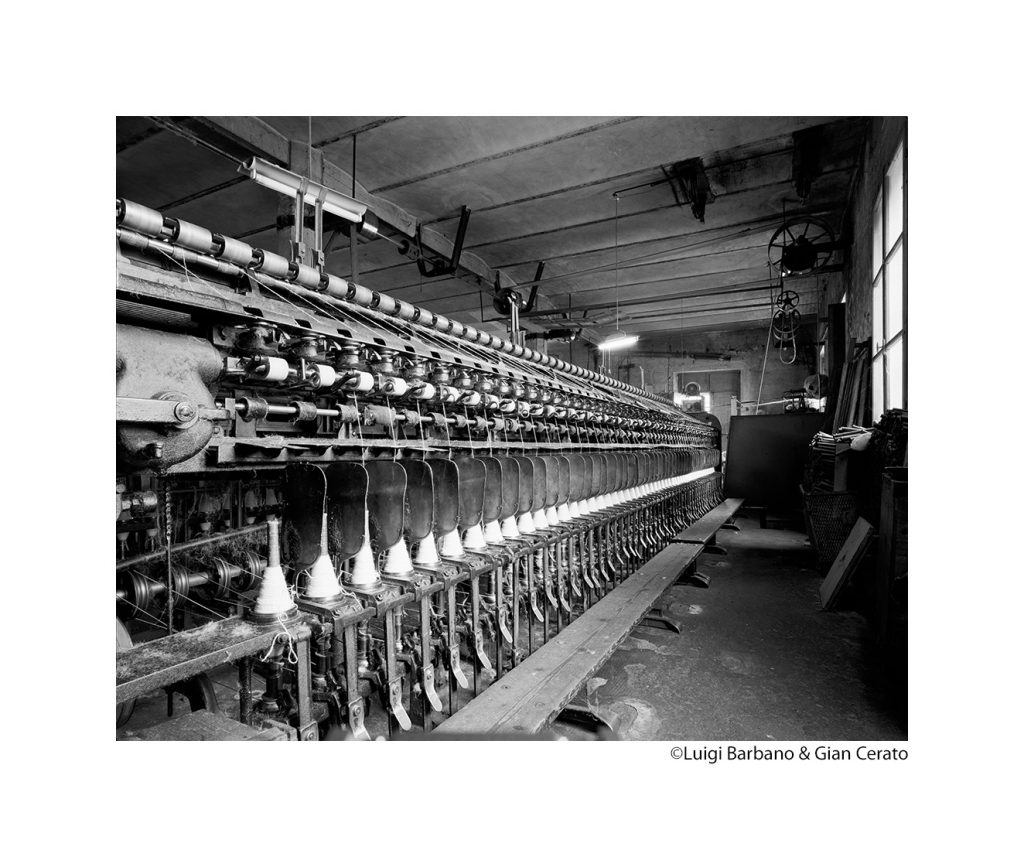 Back to my personal experience, in my first “urbex” assignment I learned all the details about the factory from the guardian who opened the door and spent time with me. I learned that the actual owner was a crazy guy looking for an hidden treasure and that explained some walls “explored” with a hammer, I learned that that building, after the silk business was no more profitable at the end of 1800 was used for the troops during the wars, became a chicken breeding farm, then at the end was the deposit of a funeral home.
All this information gave a meaning to what I found, including a casket, a funeral car, a lot of small graffiti made by the soldiers and so on.
Thanks to the information I was able to see the soul of the place and not just its empty body.

During the years I made other archeoindustrial jobs and every single time I was able to walk in from the front door and I had people telling me stories about the place.
I still remember an old guy who told me he was keeping the electricity contracts, hiding the bills from his relatives, just to be able to tun  turn on again the switch and listen to the noise of the machinery. He died few months later and he left me that memory that I had the privilege to transfer in my images.
Every time I see another old person, on his wheelchair now almost at a vegetable status, I remember how he told me about the brick factory I photographed with him telling the stories and explaining how they made bricks, step by step. All that is with me now and is in the pictures, because I asked permission to enter the building and he was so happy to tell me every detail. He was retired since the factory closed years before and I seen the light in his eyes when he was talking about the factory, he felt alive again spending a day with me. 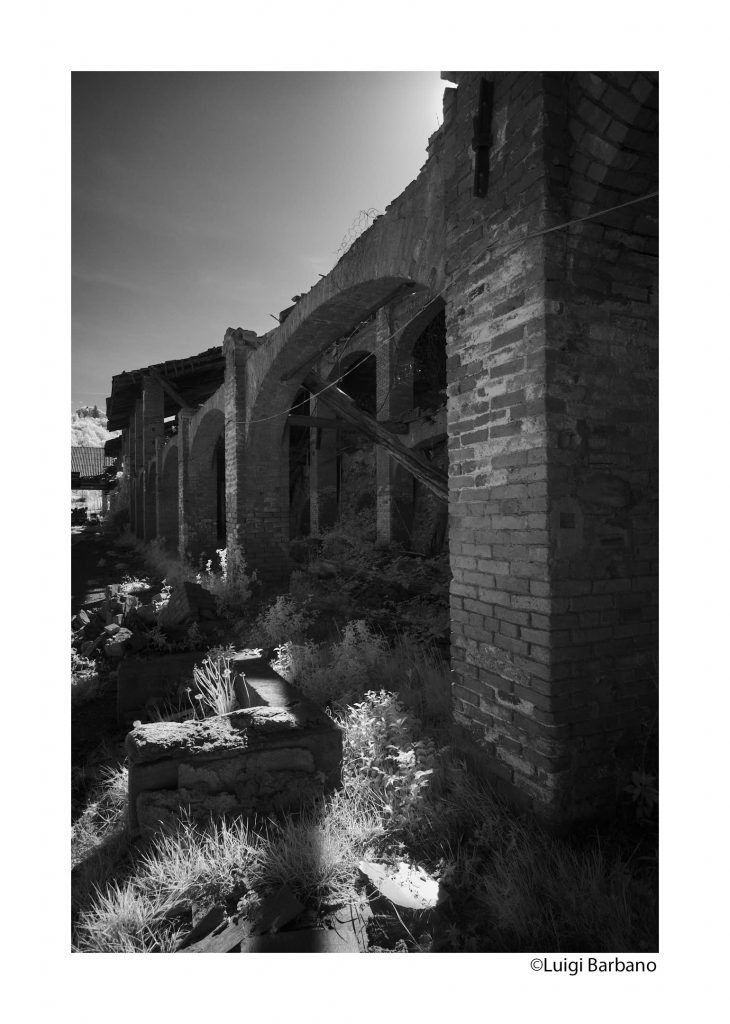 I have plenty of stories like these in my images and in my heart and I have them because I was manned enough to ask permission and respect the sacredness of the subject. I have pictures of places with their soul not just of decomposing bodies.

I have a project I will complete in the next weeks. It’s another abandoned building. I see the building and the fence has passages where the thieves entered with a truck to steal everything was possible to sell, included stone stairs, iron and copper. I could easily enter to take pictures but I did not because I respect the property and I respect the law.
The building is now owned by the municipality and that always involve some not easy bureaucratic process to have the permission but I asked again and again and, after some time, I was able to get the keys and guess what… I will be there with someone who worked there for 30 years and will be able to teach me how the building was used, to tell me stories witnessed by those walls. He will be able to let me see the soul of the place, just because I asked permission!

As photographers is our duty document the history and to do that we need to know it to start. We need to pass the knowledge of the human beings who created the buildings and made them alive, we need to pass to the future the sense of life not just of decomposing stinky death.

So, please just be a decent human being with some respect for the others and the property and do not pretend your camera and your art are a free pass. You will discover much more about places with just some decency and good manners!