Digital or Film? Fuji Acros Digital on a XPro-2 compared to Fuji Acros 100 Film on Hasselblad 6×6… who will be the winner?

Few weeks ago I did a non scientific comparison between black and white digital and film, using my beloved Fuji XPro-2 and a Pentax 67 with Ilford FP4.

The article got a lot of interest and was also published on Fuji X Passion magazine.

As I said before:

How did it go this time and who won? Not easy questions!

Technical premise, the Fujifilm Neopan Acros 100 film was developed in Ilfotec HC 1+47 for 8 minutes at 20C, after a 3 minutes prewash in water, and followed by a stop bath and 4 minutes fixing in Ilford Hypam 1+4.
In the image captions there are the specific data for each image.

I started in a snowy day, with absolute flat light and no real highlights in the scenes. The opposite of what I did in the previous test. It was not really a choice, but it was snowing and I wanted to do it anyway… yes, I would rather be in Florida than in the Italian Alps… and not just for the weather! 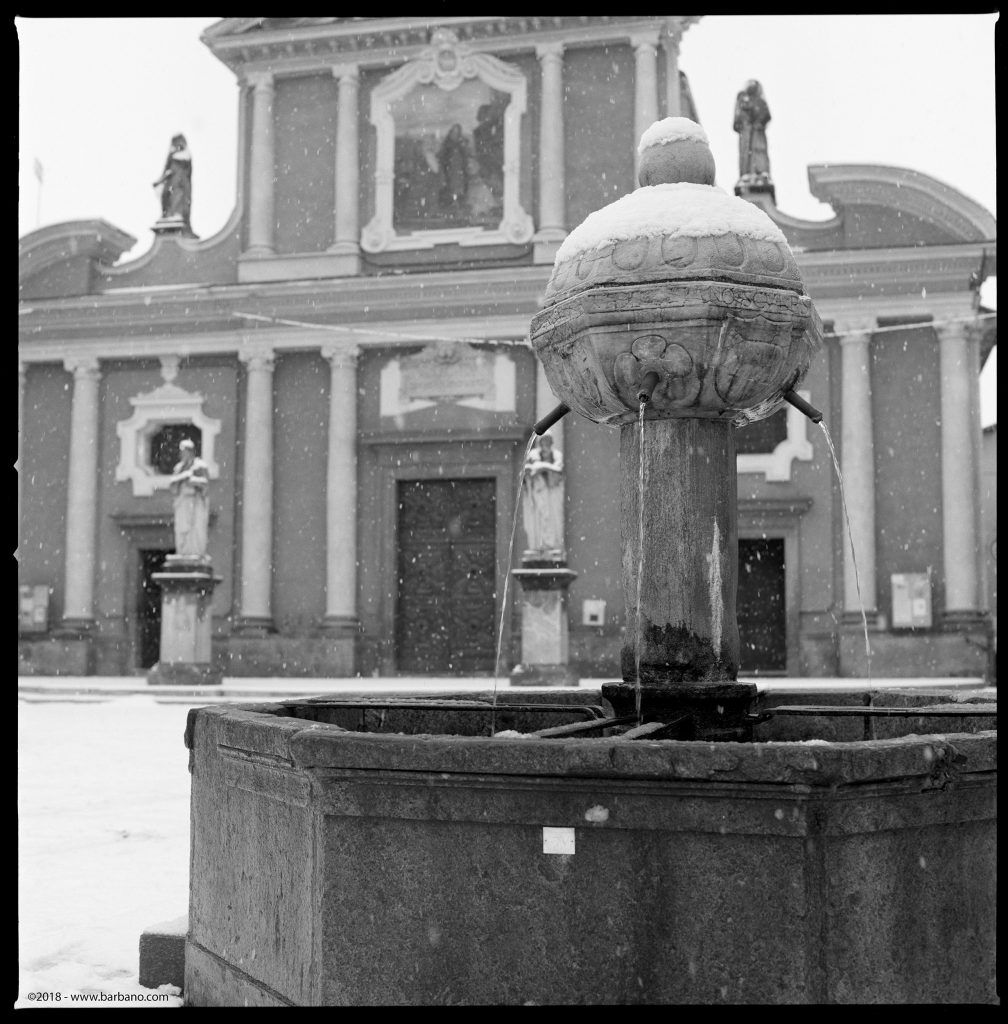 First image, a fountain with the church in the background. When I arrived I looked around and thought “1/60 f8” then I took my Minolta Spotmeter and measured the light, exactly 1/60 f8.
I was with Gian Cerato, a dear friend and colleague and asked him what he imagined was the exposure and he told me “1/125 f5.6” and we laughed about the simplicity of film photography. No matter if the best quality is on digital or film, film have the simplicity on its side, once you set the ISO with the film choice there are just shutter speed and aperture that can be set with the old rule 1/ISO at f16 for a sunny day… the table found on every film box! 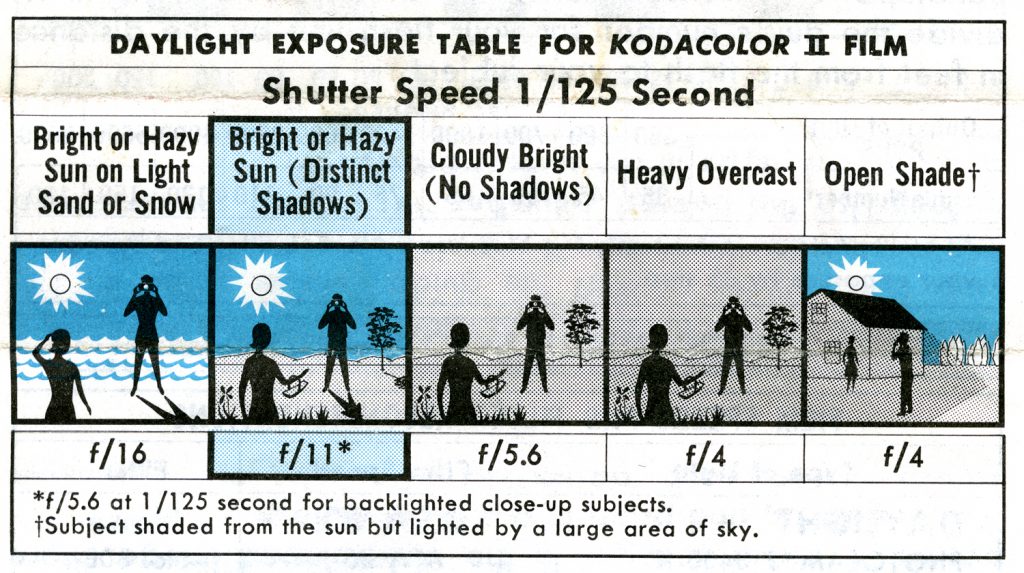 Please, note the stupidity of Italian bureaucracy that put a bar code for the water service on the fountain… an old fountain with a stupid and ugly white placard very visible from the best point of view. I avoid further comments to not get in jail…

As soon as I took the picture with film, I got my XPro-2 and kept the same settings. Last time I noticed that I always had very underexposed images, even in RAW, if I used the setting from the meter, so I decided to use the Fuji 200 ISO as if it was a 100 ISO to give that stop of overexposure needed in my previous experiment.
Now the image came out one stop overexposed, so I had to trash the jpg and use the RAW and correct one stop… All started to sound strange… 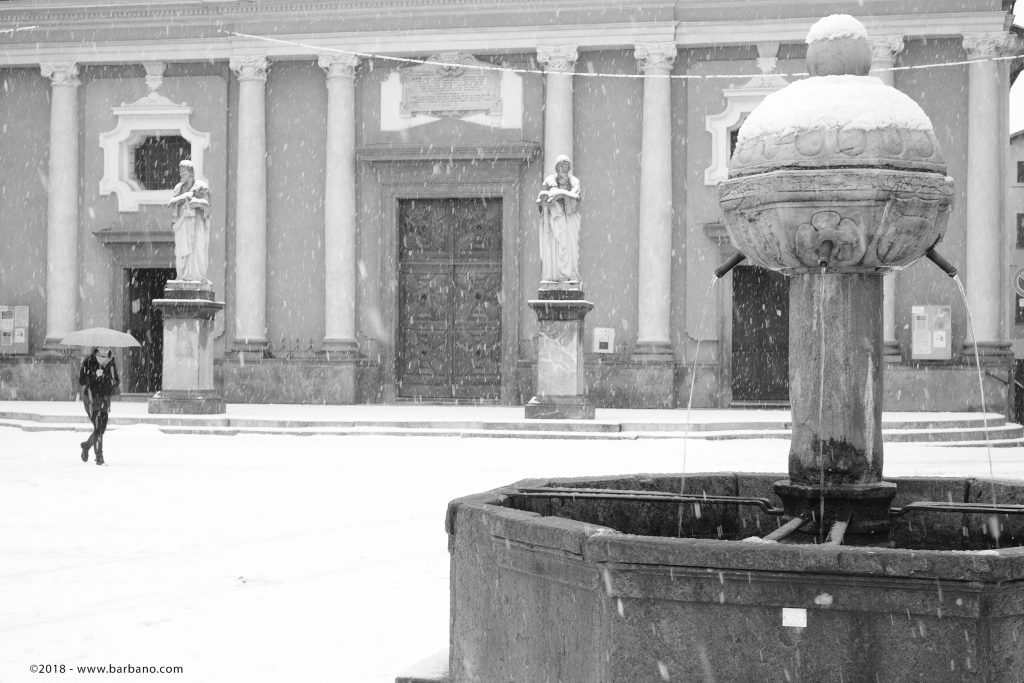 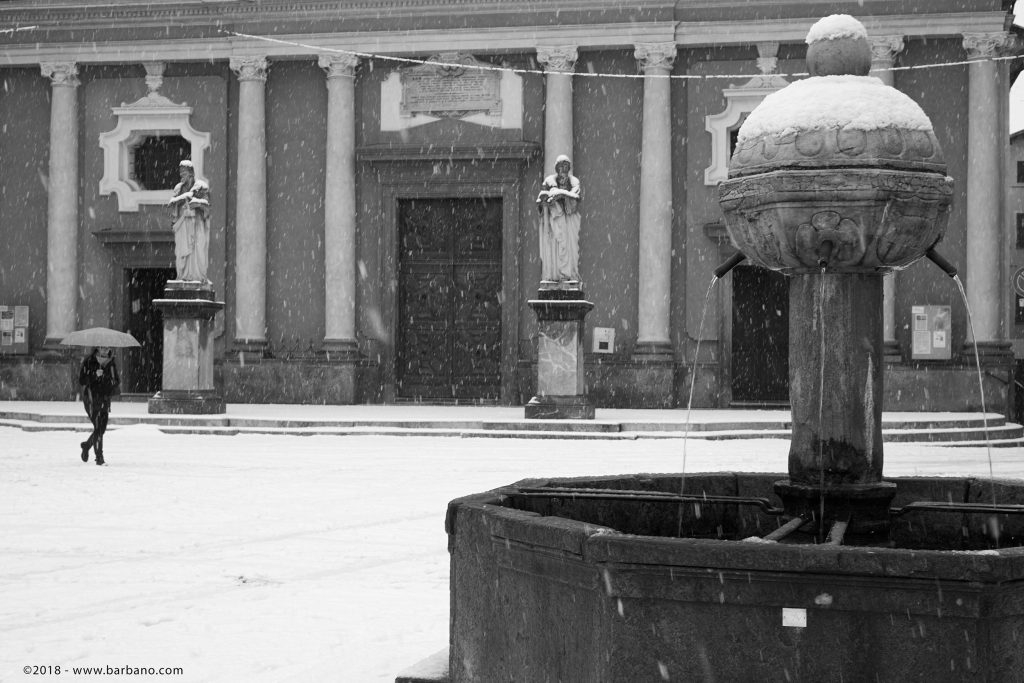 CaptureOne 11 has not the Acros simulation… so no comparison here, but I learned a lesson: something was going on in the camera.  The base ISO did not seem to be constant and I was sure the ISO were set to 200 and not Auto.

So in another location I was more careful on checking the histogram and evaluate the exposure.

As usual the exposure was perfect with film. With digital I corrected a stop for the difference in ISO and came out almost perfectly exposed. 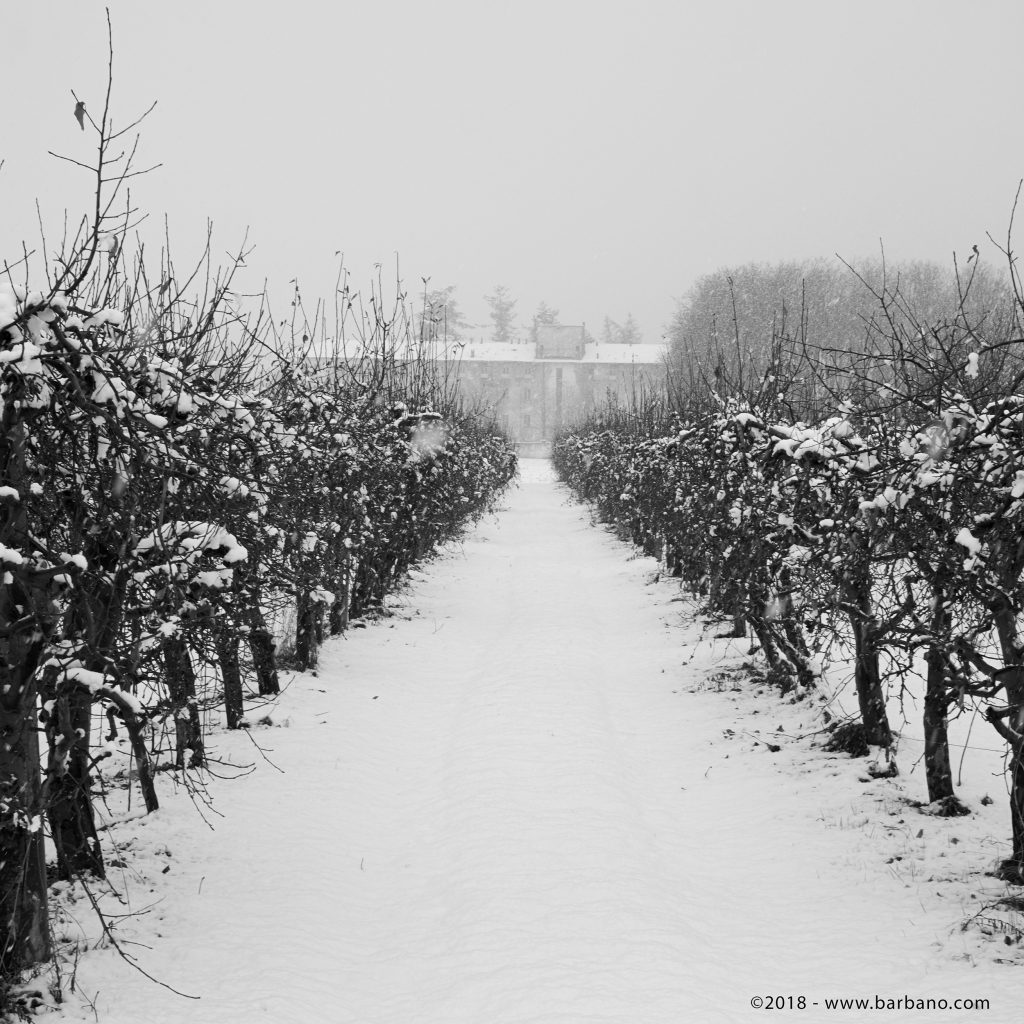 The tonal rendition is really perfect, the differences between the film and digital simulation are very minimum and can depend more on the developer used than on the film and simulation parameters.

I was positively surprised. Fuji really did an awesome job with the ACROS simulation.

We can see very similar results in the other pictures following. And still the XPro-2 set at 200 ISO continued to act properly as 200 ISO! 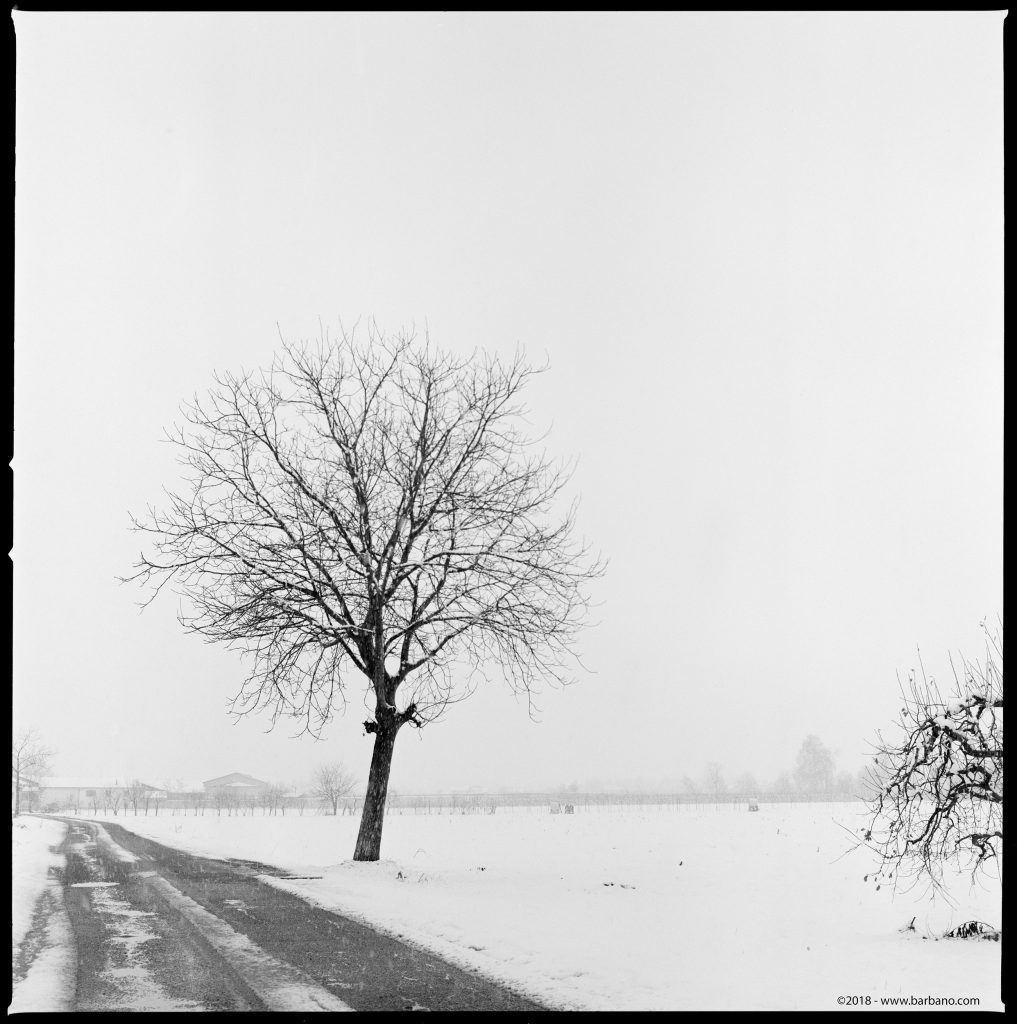 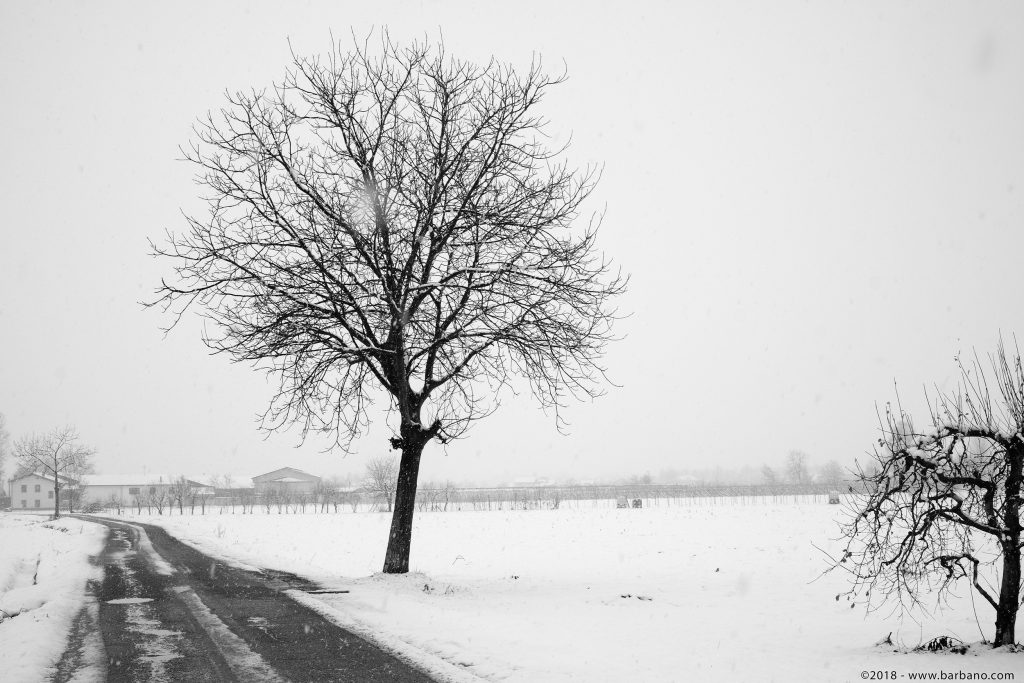 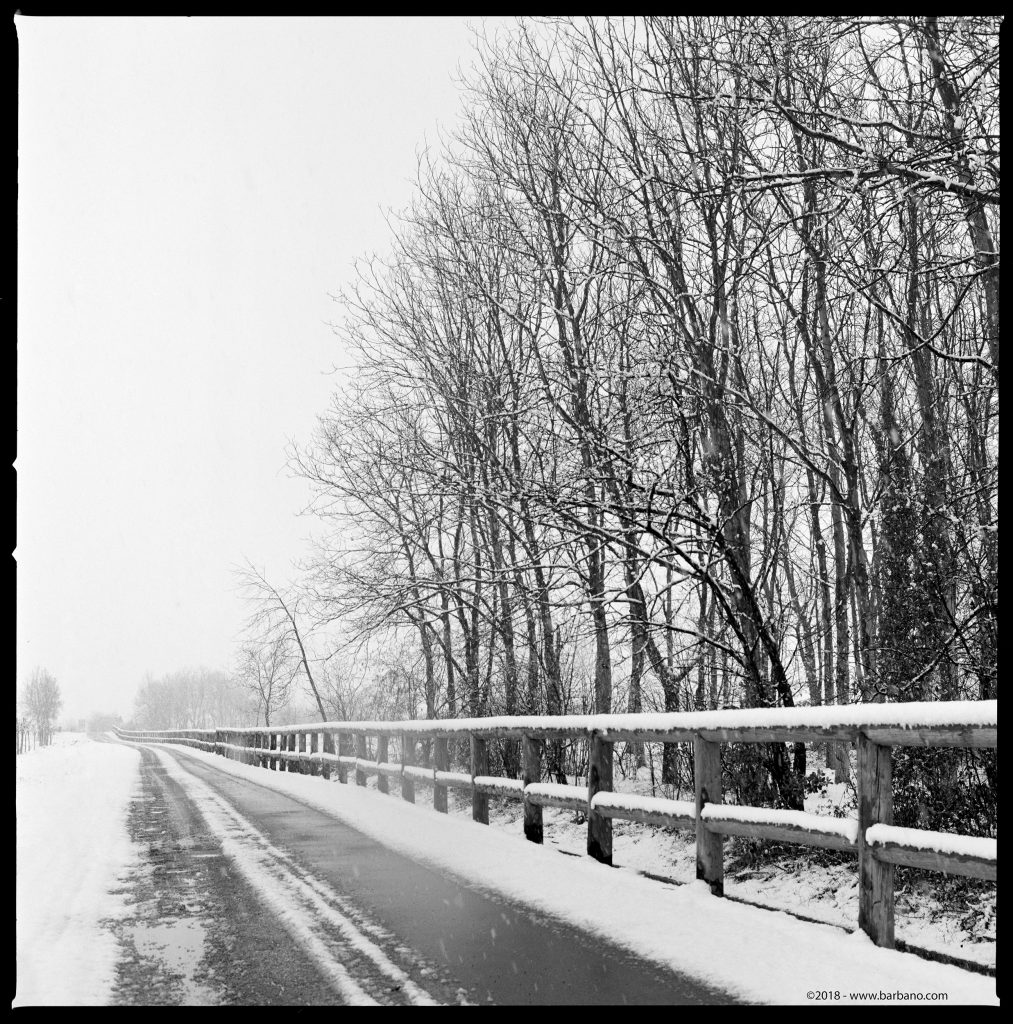 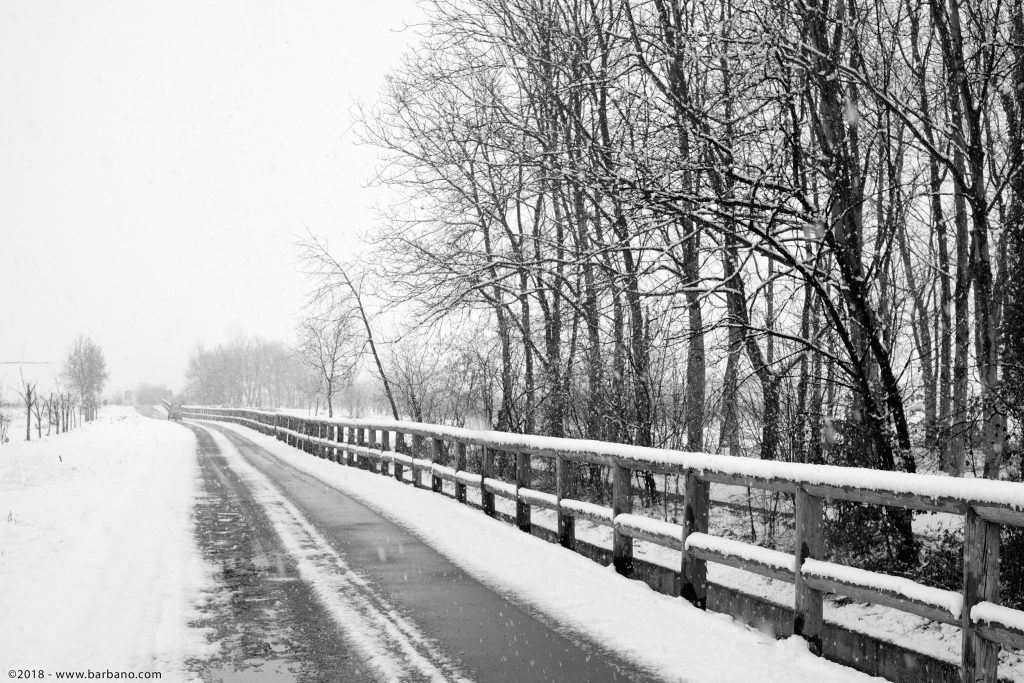 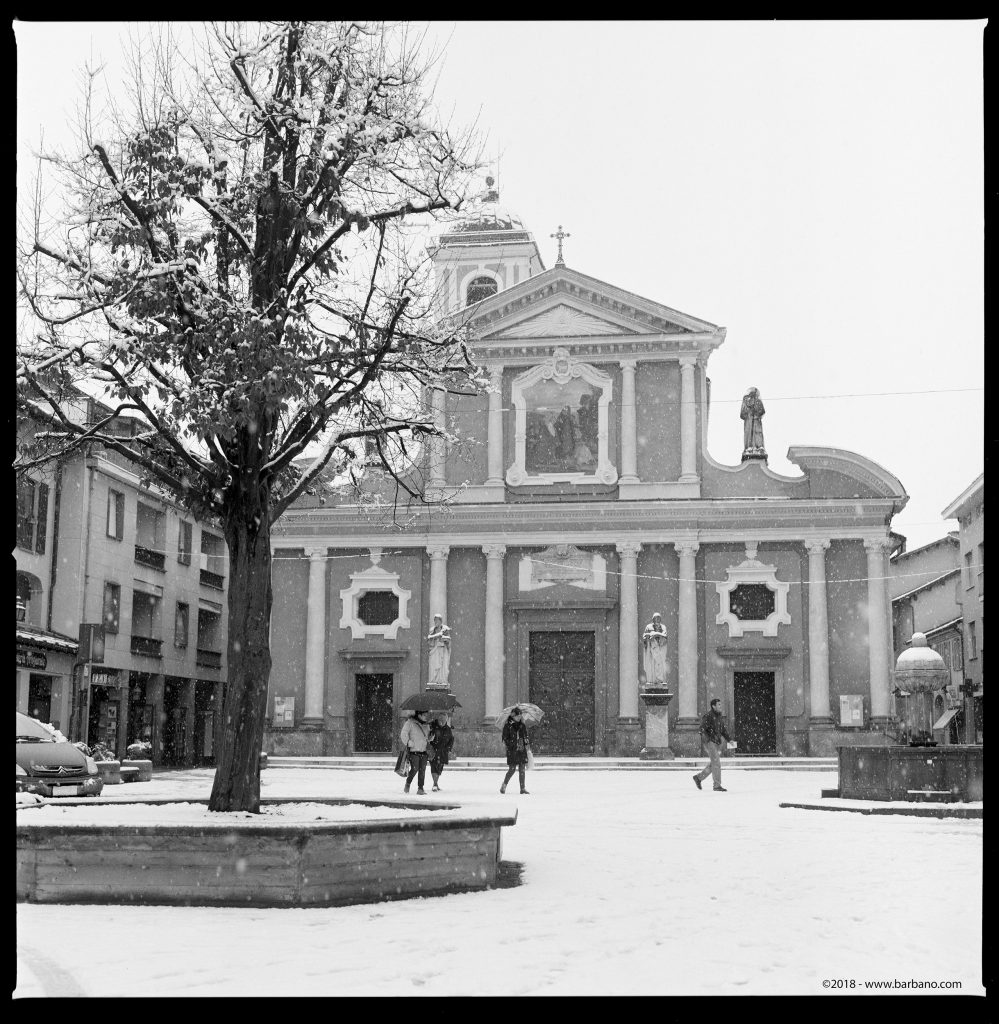 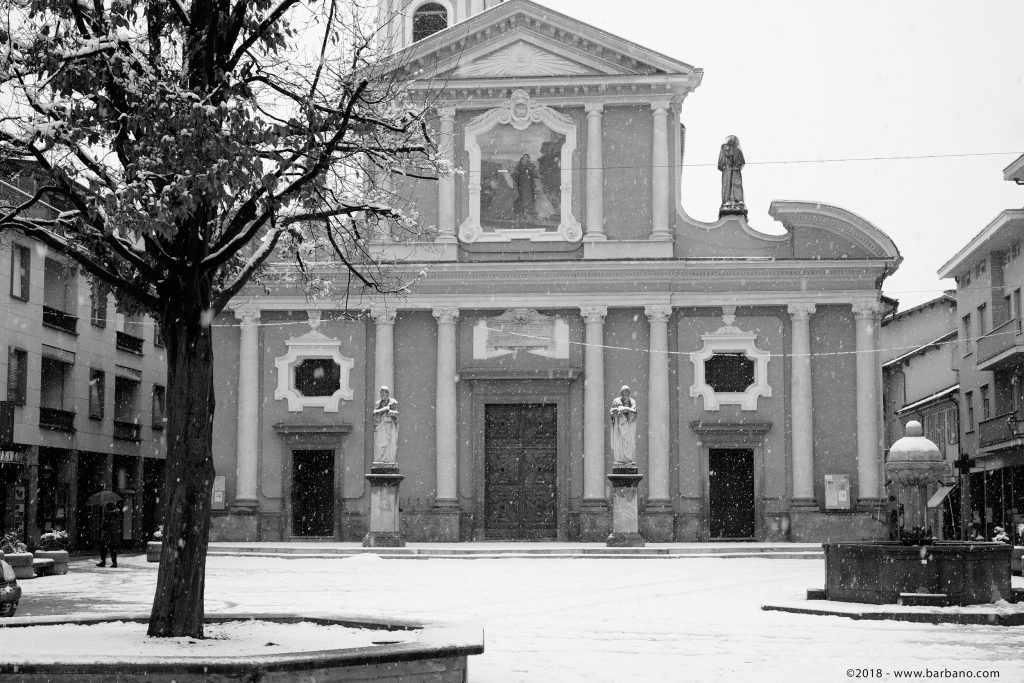 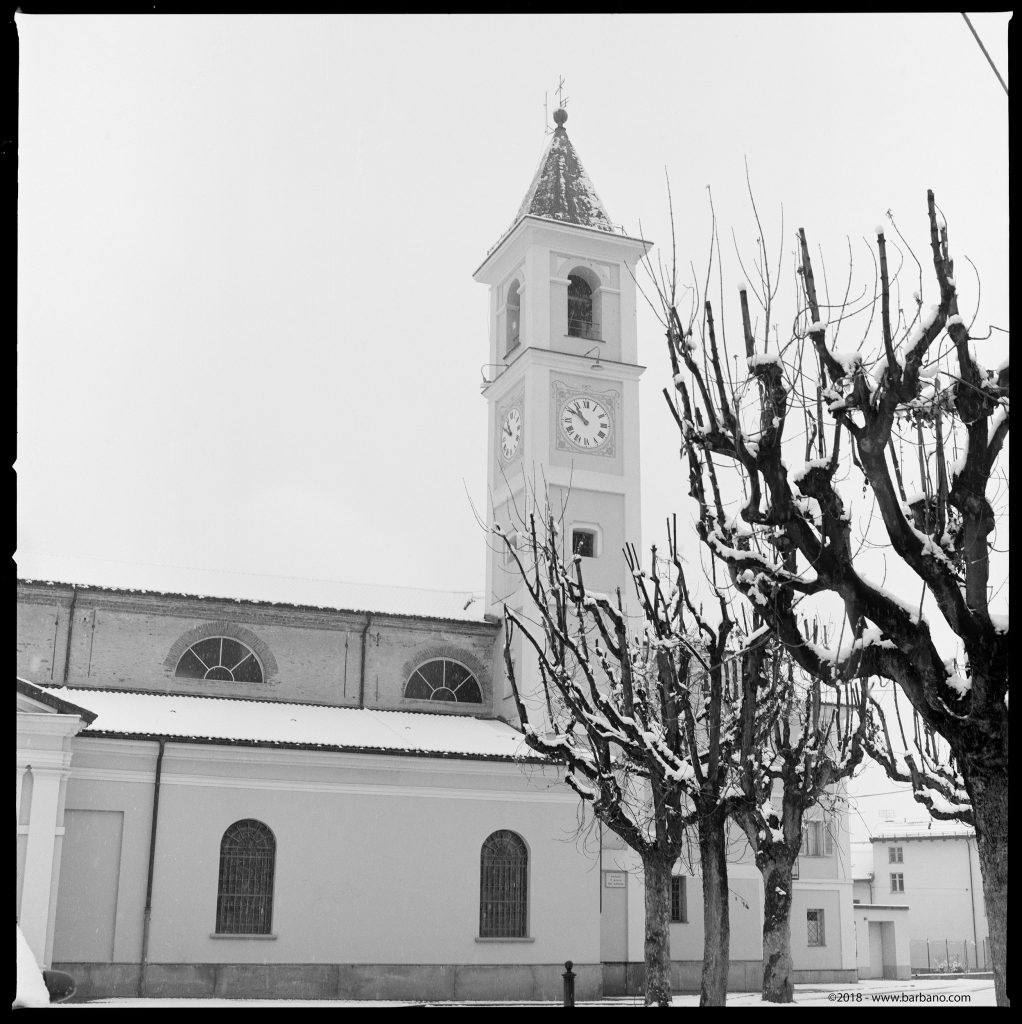 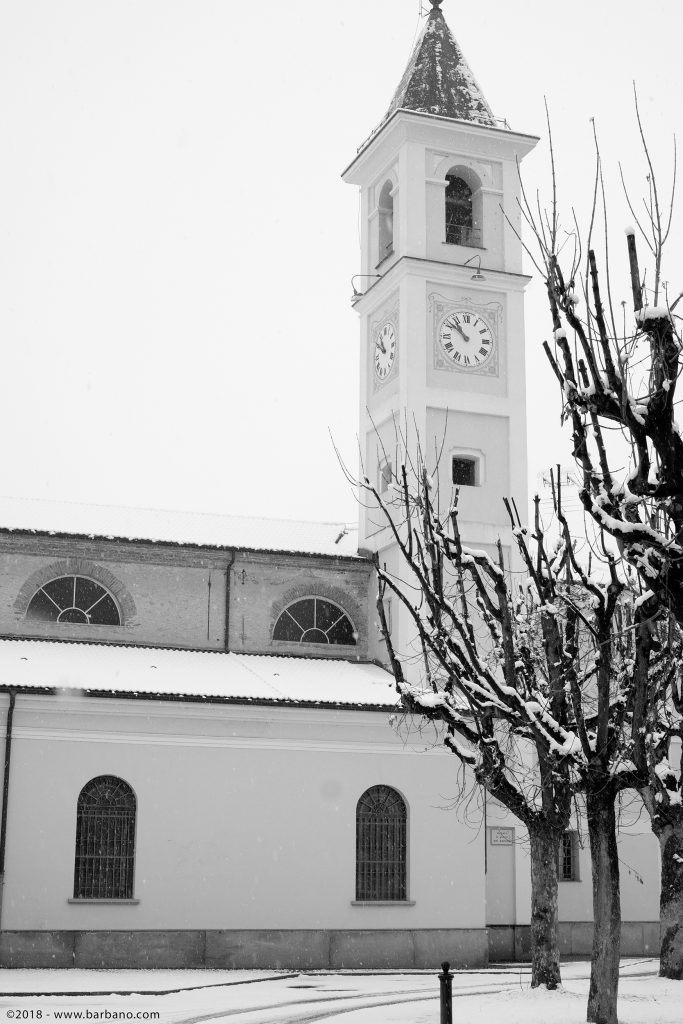 For now all is good… exposure perfect using the same setting for film and digital just correcting for the ISO difference.

So I decided to take some pictures inside to test the sharpness and some higher contrast subject. 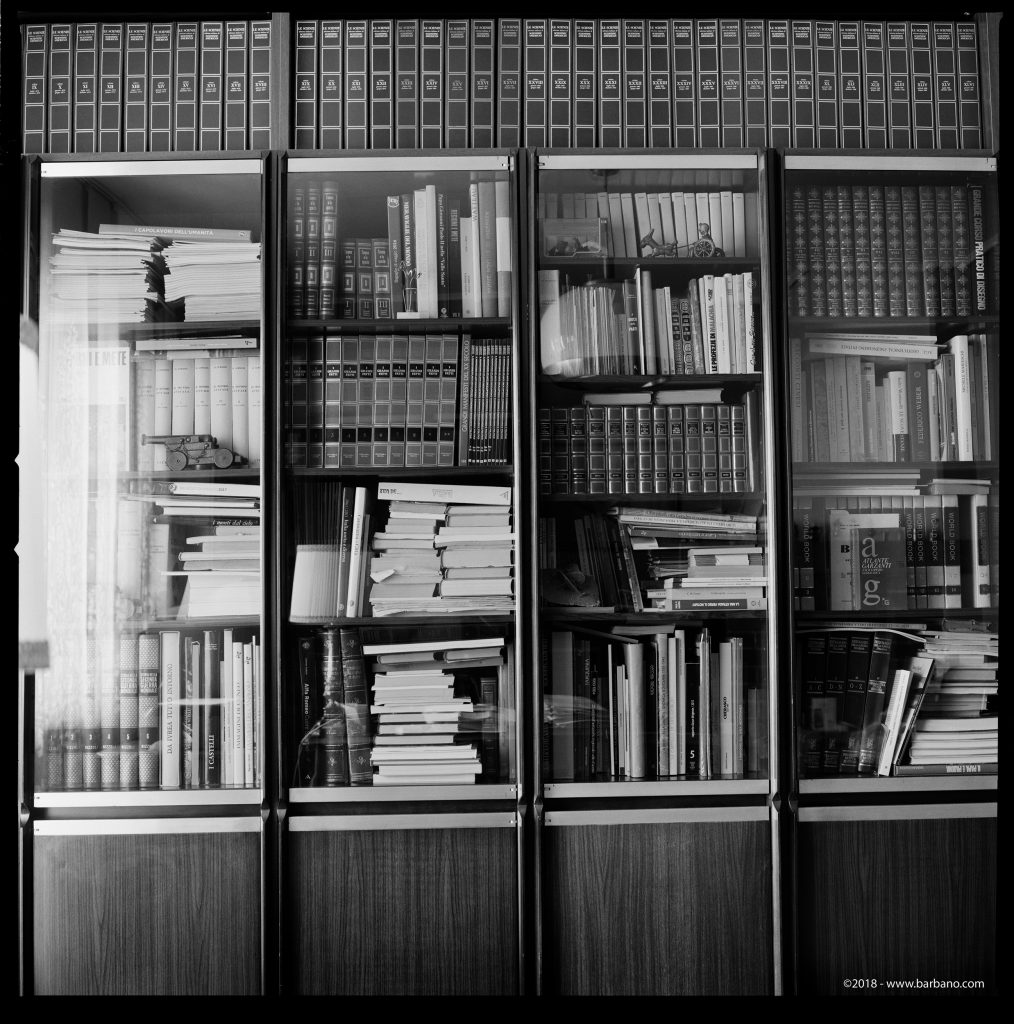 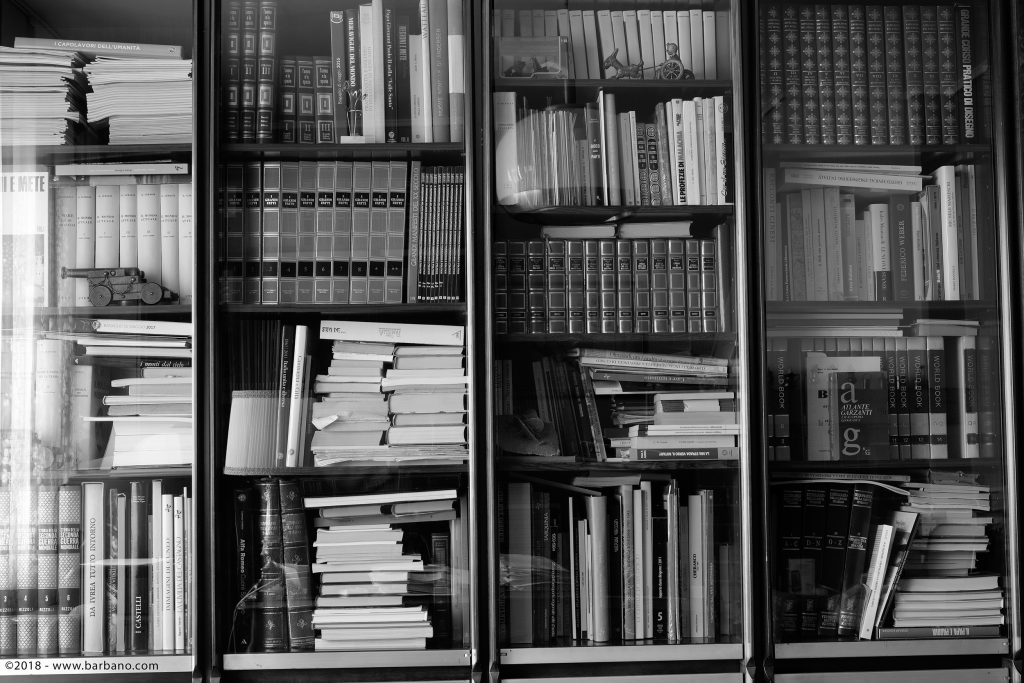 As usual the film excels in the highlights but this time, with the Zeiss 80mm and Acros instead of FP4 the sharpness is the same as you can see in the 100% enlargement. 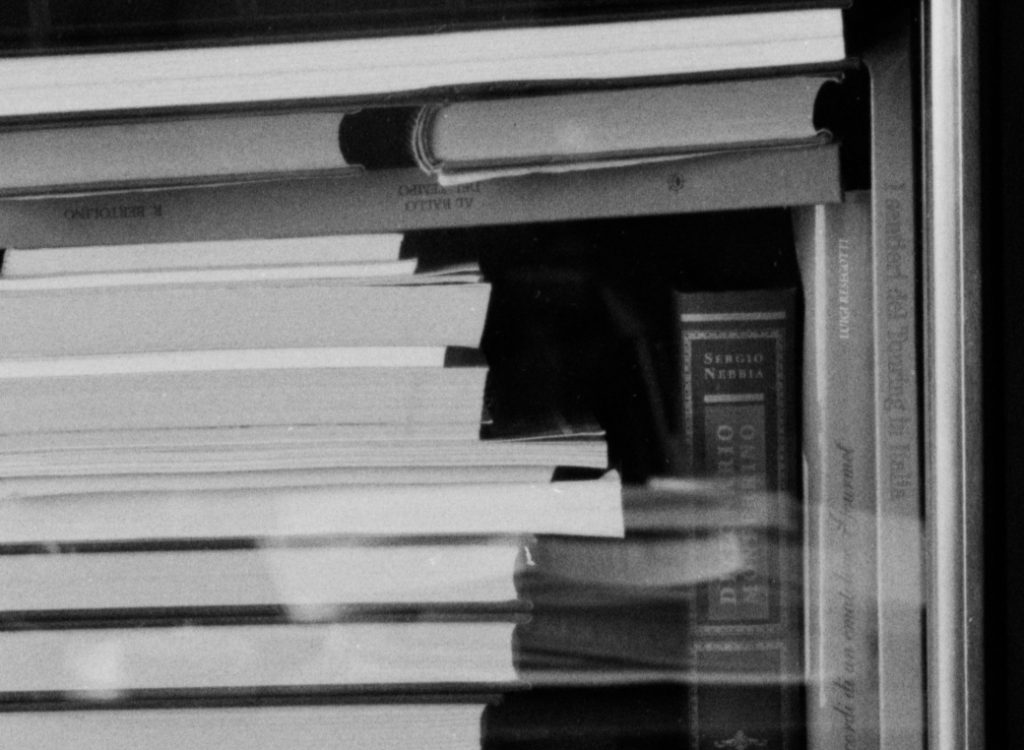 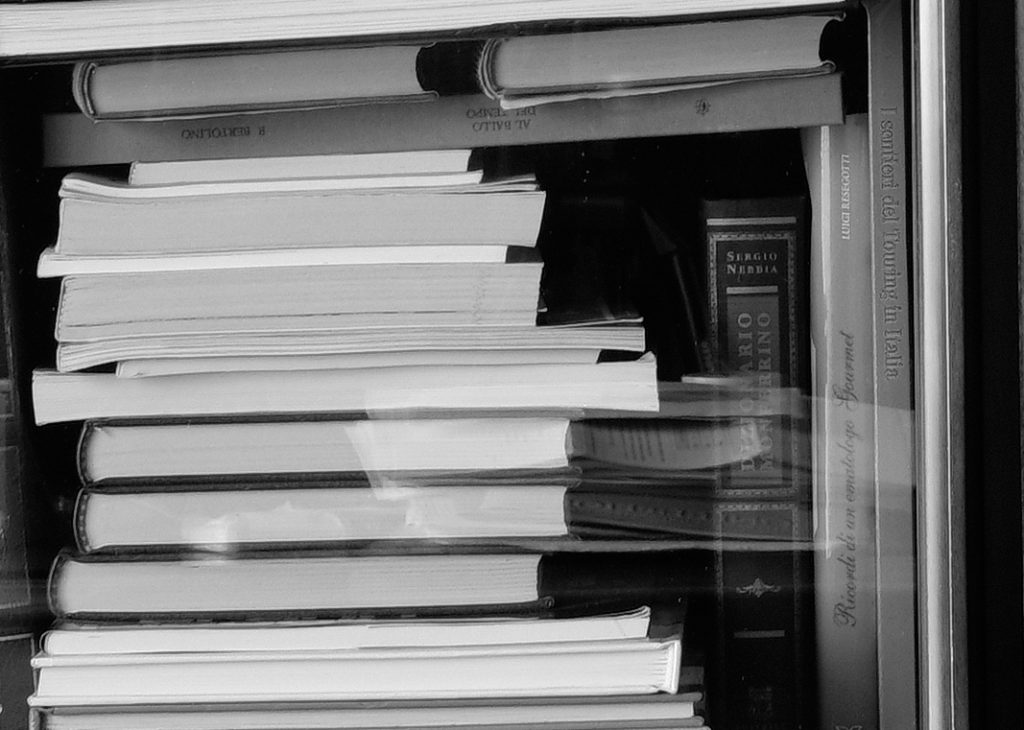 At this point I will be curious to test a medium format digital camera (Fujifilm? Pentax? PhaseOne?) against a 4×5″ film.

In my mind I was sure a medium format film was superior to a 24MP aps-c camera regarding linear resolution. I was wrong.

On the next picture I went very high contrast, and again I noticed underexposure on the Fuji XPro-2. The details in the highlight disappear and the shadow become dark, closed. Using the RAW the highlights can be recovered and the dark tones opened up, but the JPG is kind of dark and high contrast compared to the film. 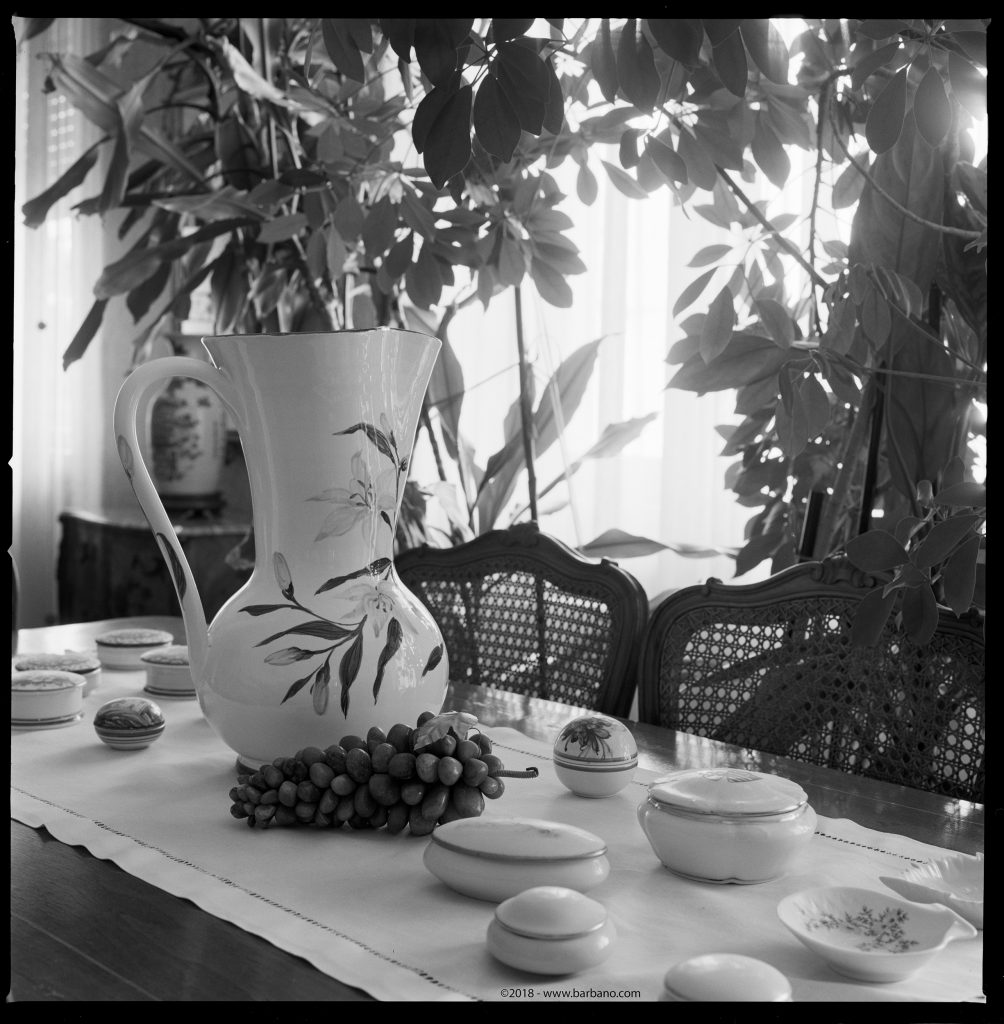 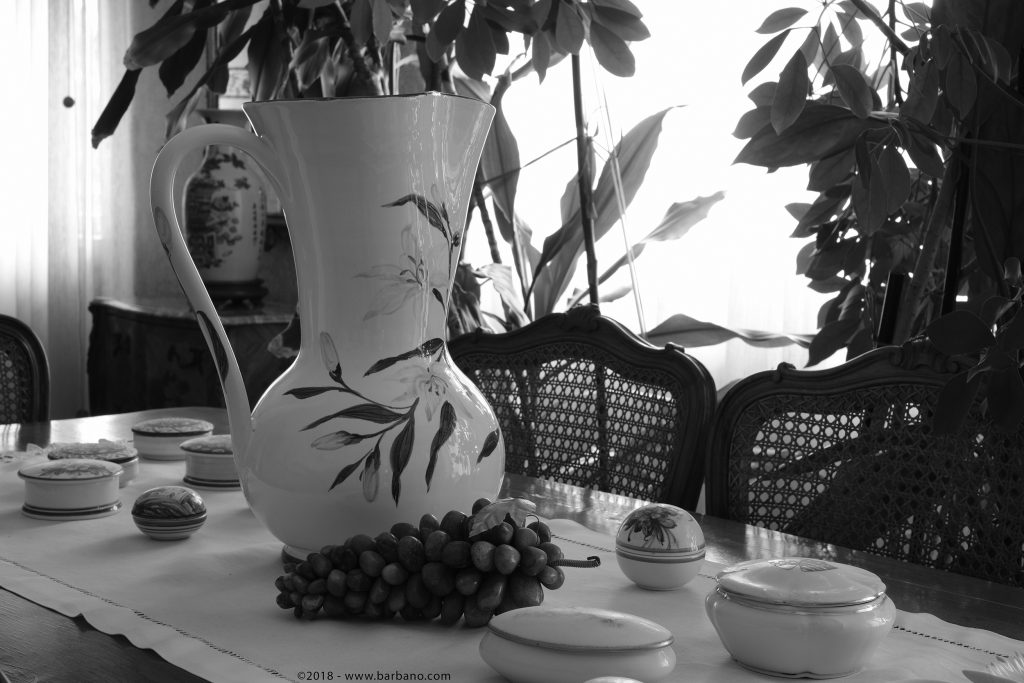 I had the confirmation that the sensor sensibility was acting strange.

I reread the manual and found nothing useful but… the Dynamic Range settings. I was on Auto, not on a fixed setting. I will have to do some test with also the highlights compensation turned off. Basically I discovered I did not spend the right time to know the camera and test it. RTFM repeated to myself as a mantra… in this case the XPro-2 F manual not mine “Photography: The f Manual“!!

I turned the Dynamic Range to ISO100 and did some other tests, this time in a sunny day and using the Hasselblad 903 SWC, to have a situation similar to the pictures I took in the previous comparison with the Pentax 67 and the 45mm. 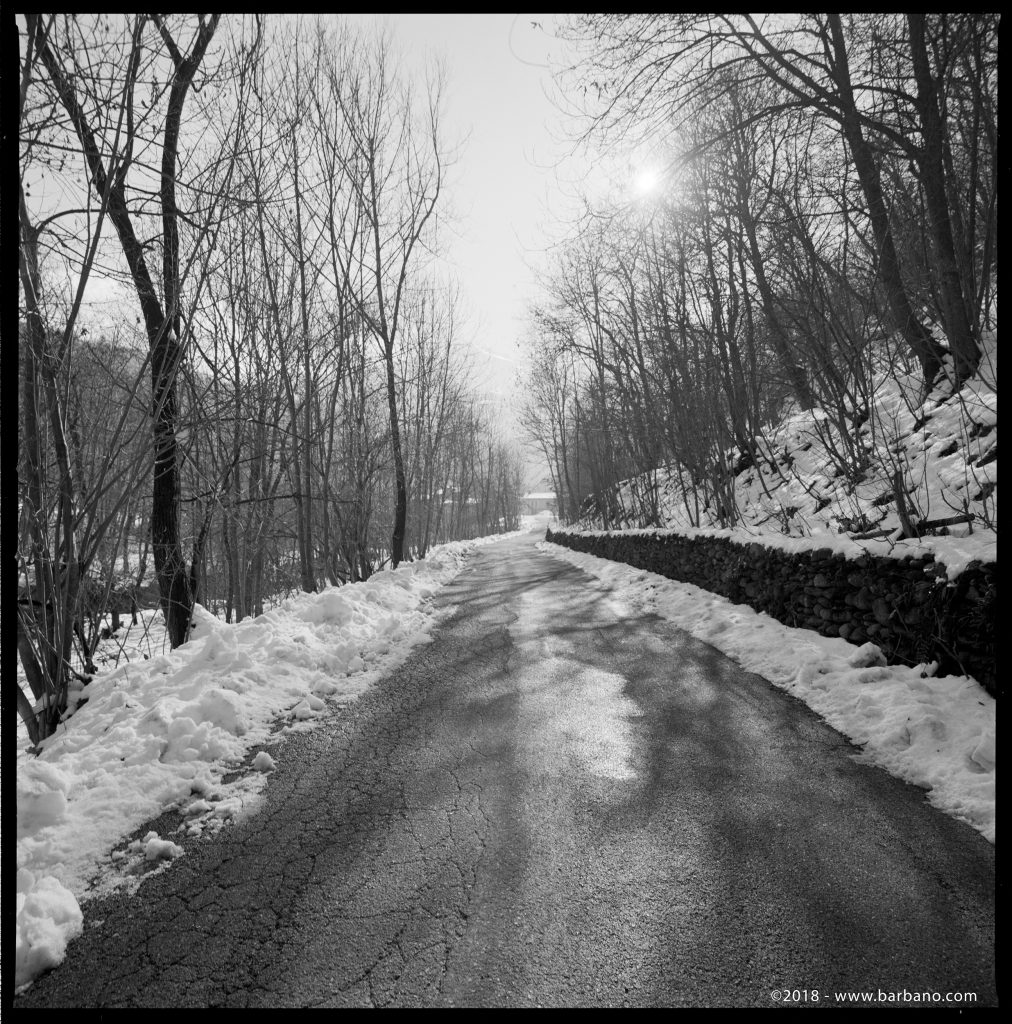 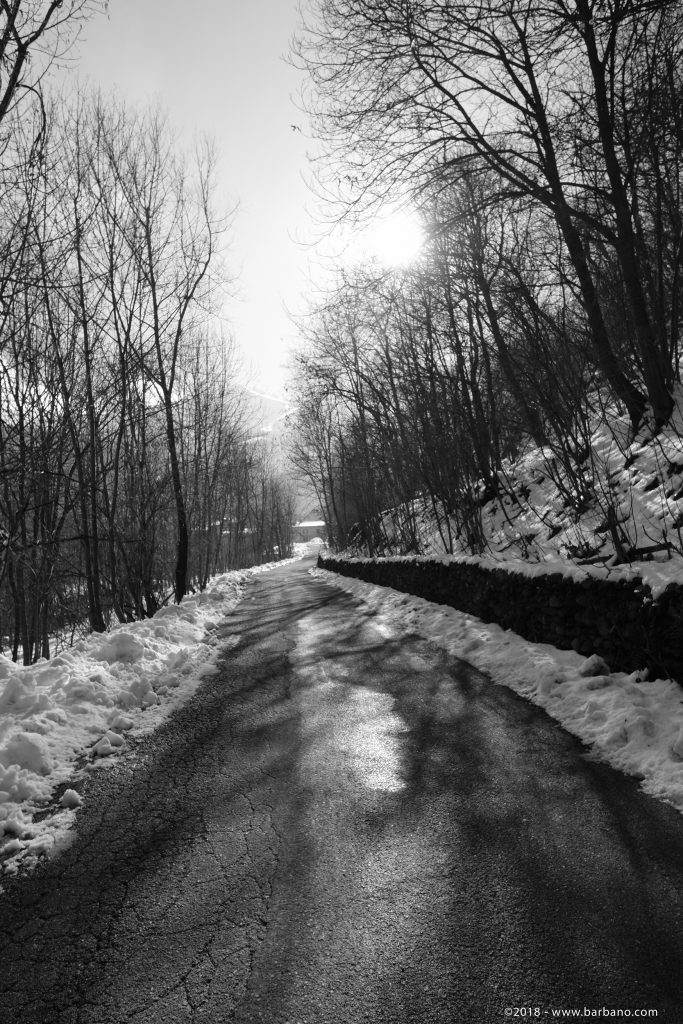 Still in the digital version we have problems with the highlights and the shadows are a little dark, basically a lot of contrast, but now the medium grey area are exposed correctly. This happens also with the RAW. So I suppose that the Dynamic Range settings changes the ISO sensibility of the sensor, lowering it when there are high contrasts in the scene to try to preserve the highlights.

But, no matter what is done, the highlights always get burned, it’s a problem of the sensor saturation. Film is much more tolerant, and I have to say I love this tolerance.

Now with less contrast in the scene… all is perfect again. 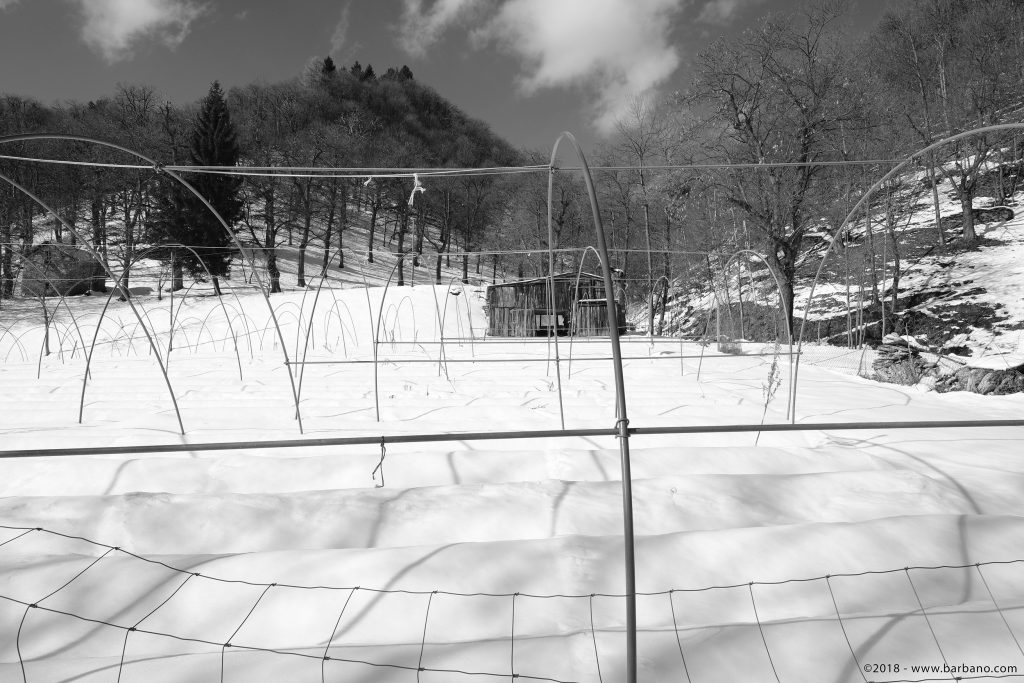 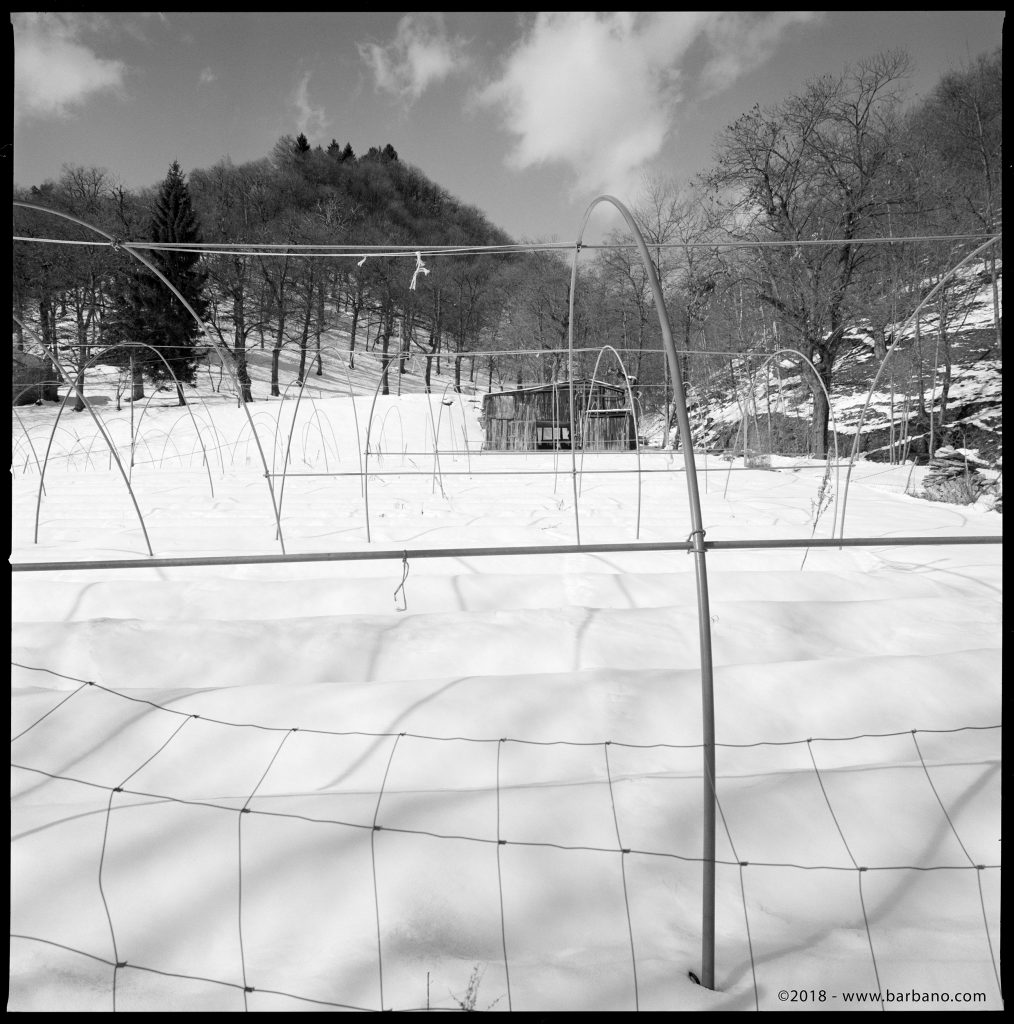 If you want to see more pictures let me know and I will do a second part of this article and show the other pictures.

But this is enough for my non scientific conclusion.

As personal consideration, I really love both results.
Film for me is simple and I dream of a digital camera without settings except for the ISO/aperture/shutter speed. Nothing more, no display, menus, dynamic range etc. Just a RAW on a memory card and nothing more. But I dream… I know!

I also noticed that, even doing a comparison, when I take the film camera in my hands I already know what I want to photograph, the almost exact point of view and camera settings, with digital I tend to find the picture in the viewfinder and at the end I take always more than one picture. I do not like the digital attitude and I cannot keep the film attitude with a digital camera in my hands. This is my problem, nobody forces me to not use the digital as a film camera!

As soon as I had the Hasselblad in my hands I felt at home for two reasons.
First of all the cameras were so simple, well designed and all similar so was easy to get used to them. With digital I spent the same years than I spent shooting film, but each brand and model is different, with different controls, different menus and too many things to remember. After the first reading of the Hasselblad manual I never opened it again, with digital I need the manual in the bag because every time there is something I do not remember, and yes, supposedly, I can setup the camera and use it as an analogue camera… but then I do not know why but something changes, can be a button pushed in the bag or while I take the camera out, but I had the image proportion changed, the level disappeared, the usual exposure compensation or the diopters correction. At least the ISO are easy on the XPro-2! I know many people hate that ISO dial, I love it!

The second reason is that I love the square format, I’m ok with a rectangular like the 4×5″ or 6x7cm, it is not too much rectangular, but the square is my preferred format. The 3:2 proportion of the 135 full frame or the Aps-C, it is too rectangular for me. It does not reflect my vision.
So, as soon as I took the Hasselblad, I felt connected again, the camera was just a natural extension of my eyes.

I would love to try some medium format digital, to compare it with a 4×5 film and to see if a less rectangular sensor will make me feel again more connected with the camera.

After this comparisons and using again my old working tools I decided how I want the digital camera of my dreams:

Again, I know I’m dreaming… but dreams are free so why not?!

After this test I’m sure I will continue to use both digital and film. Film photography gives me the pleasure of the mental process, digital the easy “development”.

My next step, as soon as I will have the time, will be to test deeply the Fuji XPro-2 to understand the sensor limits and the effects of the settings also on the RAW format. I imagined that the RAW was not influenced by the various settings, it was my mistake.

All this said, I still love the XPro-2… just, as I said in a previous article… please let me deactivate all the buttons and the &#@%^#* compensation dial via firmware!!! Please Fuji… listen to me… that compensation dial is a pain!!!